Pulitzer Prize-winning author Michael Cunningham slammed the author of an Arts & Leisure profile of Sam Smith in a letter to the paper’s editor on Thursday, saying the profile’s opening paragraph, which detailed Smith’s propensity to cry, perpetuated “the stereotype about gay men as hysterics.” And did it “disdainfully.” 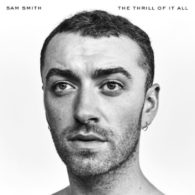 From the profile’s opening paragraph:

The crying description goes on for another full paragraph.

“I can’t help wondering if there’s any connection between Mr. Smith’s sexuality and the implication that what’s most important for readers to know about him is that he cries a lot.”

Cunningham added that not only did he find the stereotyping “unfortunate” but also the interviewer’s shaming of a celebrity “so candid about his experience of being shamed for his openness about his sexuality.”

Previous Post: « Joe Biden to Oprah: ‘I Have a Regret That I Am Not President’ – WATCH
Next Post: Scissor Sisters Frontman Jake Shears Joining ‘Kinky Boots’ on Broadway »