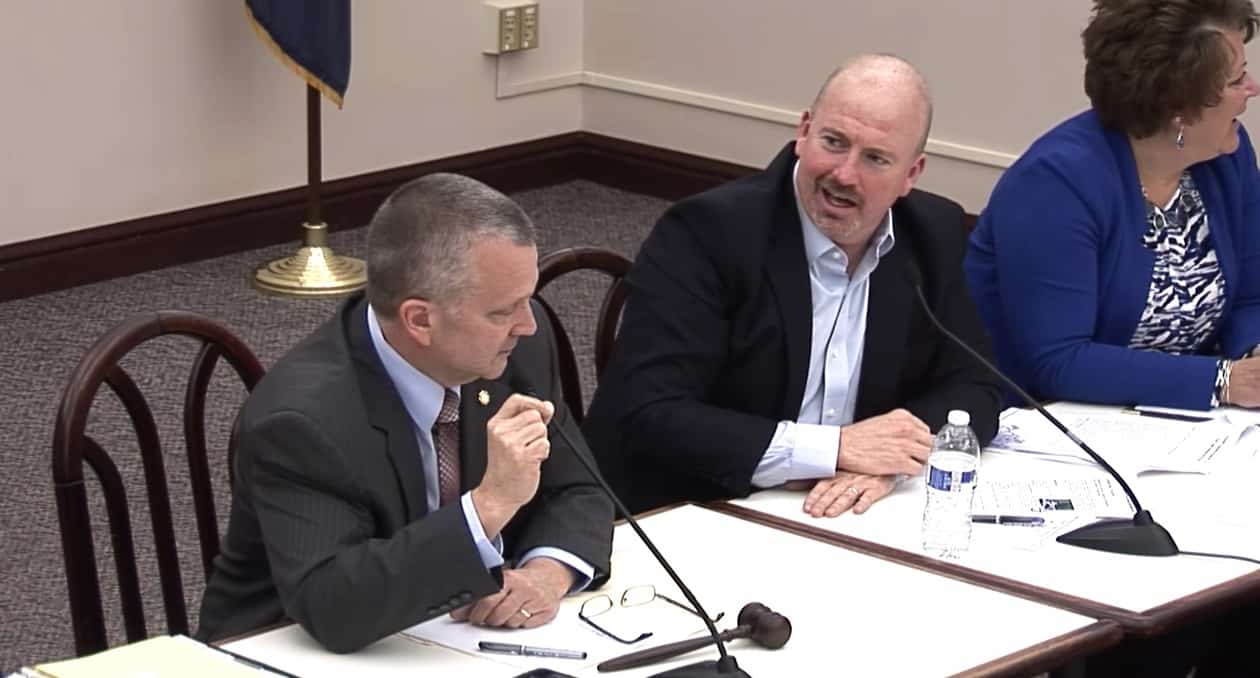 Pennsylvania GOP state Rep. Daryl Metcalfe freaked out during a meeting of the House State Government Committee on Tuesday when his colleague, the committee’s ranking Democrat, Rep. Matt Bradford, touched him on the arm to get his attention.

Said Metcalfe, interrupting Bradford: “Representative Bradford, look, I’m a heterosexual. I have a wife. I love my wife. I don’t like men, as you might. Don’t — stop touching me all the time! It’s like, keep your hands to yourself. Like, if you want to touch somebody, you have people on your side of the aisle that might like it. I don’t.”

Replied Bradford: “Okay, we are officially off the rails…My intent was just to beg for your permission for about 30 seconds.”

Out Pennsylvania state rep. Brian Sims blasted Metcalfe for the outburst, sharing the video and writing on Facebook:

THIS IS REAL: Holy #$^%, this is real! On the same day that the Pa House Republicans are trying to fast track the most anti-trans bill in the country, their head bigot, PA State Representative Daryl Metcalfe disrupted a State Government Committee meeting this morning – about a land use bill! – to loudly declare his heterosexuality!

You can’t make this stuff up! The most homophobic, transphobic, racist, sexist, xenophobic member of our government is using legislative time, and tax payer dollars, to interupt a meeting to announce his sexual orientation.

THIS is what dealing with Republicans in Pennsylvania has become. THIS is why they’re attacking our youngest and most vulnerable members of the LGBT community. THIS is what a broken moral compass, combined with gerrymandered, false leadership looks like.

Please visit Chairman Daryl Metcalfe‘s page and tell him to stop forcing his sexuality on rank-and-file members of this committee and on the Commonwealth of Pennsyvlania.

I’m also certain he’d HATE for you to share his buffoonery for others to see.