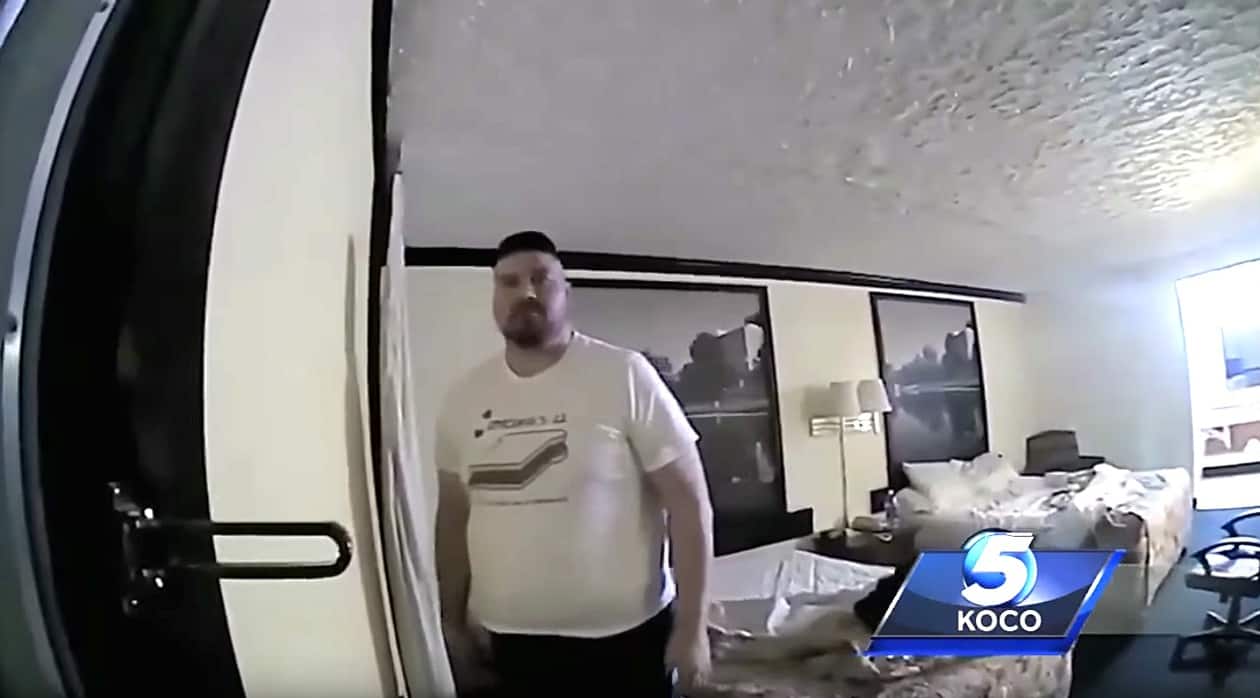 Newly released police bodycam footage shows the arrest of married Republican former Oklahoma state senator Ralph Shortey’s arrest in a motel room with an underage teen last March. The teen did not appear in the clips released to media.

Shortey was found in a Super 8 motel room with the 17-year-old male teen on March 9. It was later revealed that Shortey had offered the boy cash for “sexual stuff.” The teen had a history of soliciting sex on Craigslist according to his parents.

The state has dropped those charges in lieu of the federal ones, KOCO reported:

“I believe this case is best handled in one venue and have every confidence the U.S. Attorney’s Office will prosecute this matter expeditiously,” Cleveland County District Attorney Greg Mashburn said in a news release. “It was an honor to work with the various law enforcement agencies involved in this investigation.”