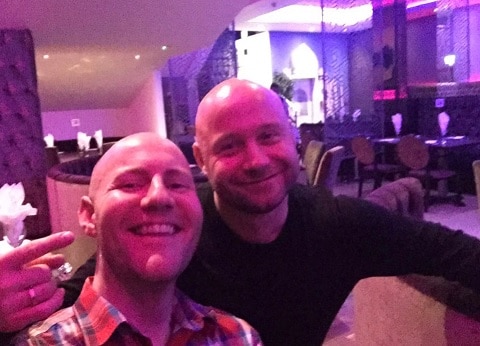 A gay couple who met on a British reality dating show have announced their engagement. Greig Fairweather and Shaun Smith met on Channel 4’s First Dates earlier this year.

Hey @FirstDates @fredsirieix1 @CiCi_Coleman @austinventour
Remember seeing us earlier this year? Well last week I asked Greig to marry me, and he said yes! Can't thank you enough for everything! Shaun. #FirstDates pic.twitter.com/jdLex6hcHr

Announcing the engagement on Twitter earlier this month, Shaun wrote:

“I have some absolutely fantastic news for you all, sorry if I haven’t managed to speak to you over the weekend in person. Last week, I asked Mr. Greig Fairweather to marry me. And he said yes!

First Dates restaurant maître d’ Fred Siriex was one of the first to congratulate the couple.

According to Attitude, the couple’s date was Greig’s second attempt to find love on the show. In June, Grieg left the restaurant early because his date did not find him attractive. Undeterred, Grieg met Smith when he returned to the show just two weeks later.

Previous Post: « Is One of These 7 Fierce Queens the Next Drag Superstar?
Next Post: Homophobic Australian Border Agent Detains, Deports Gay Man After Finding PrEP and Sex Toys in Luggage »