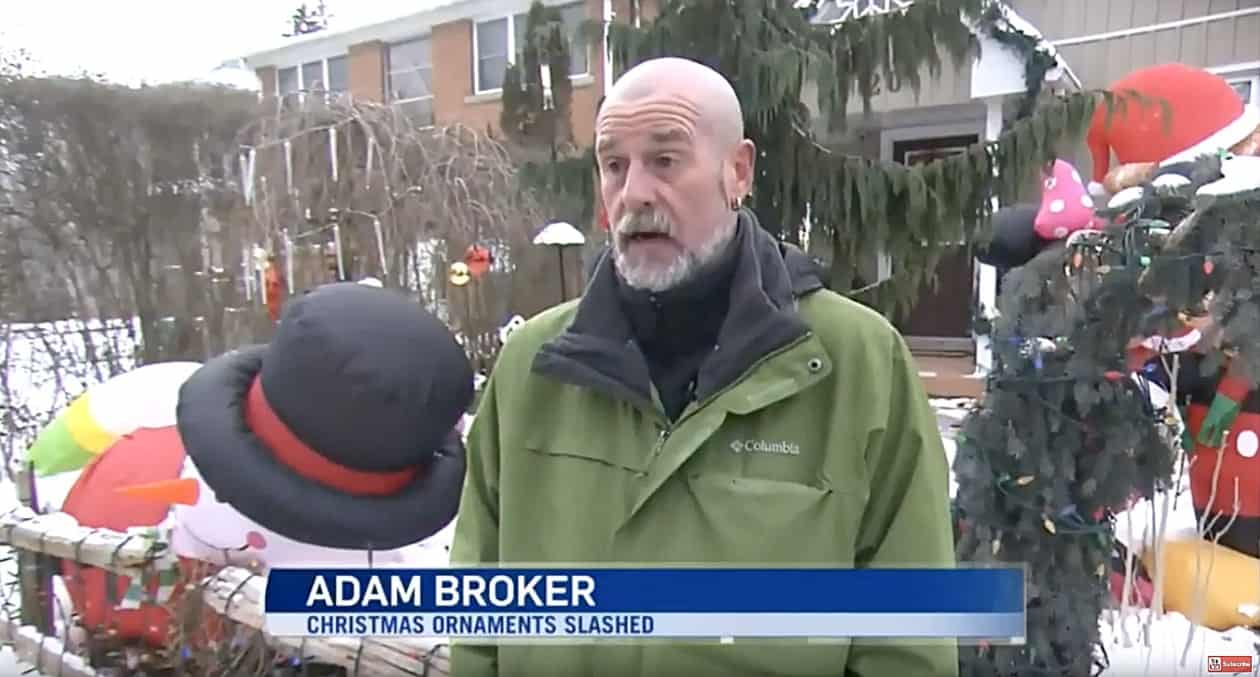 A group of teens vandalized a gay couple’s Christmas display in Toronto, and the incident was caught on a home security camera.

Adam Broker and Chris Basnicki captured the incident on their home security video just before 7 p.m. on Saturday night, when three teens were recorded attacking the lawn decorations.

“You hear them clearly – they’re laughing,” Broker told CTV Toronto. “And then you hear them say, get the big one! And that’s three stab wounds to the snowman.”

Broker says the teens appeared to be recording the incident as well.

The attack left Broker and his partner, Basnicki, feeling frustrated and furious.

Previous Post: « Gay on Christmas: When Home is Homophobic for the Holidays: WATCH
Next Post: Jake Shears Takes Us Inside His New Orleans: INTERVIEW »