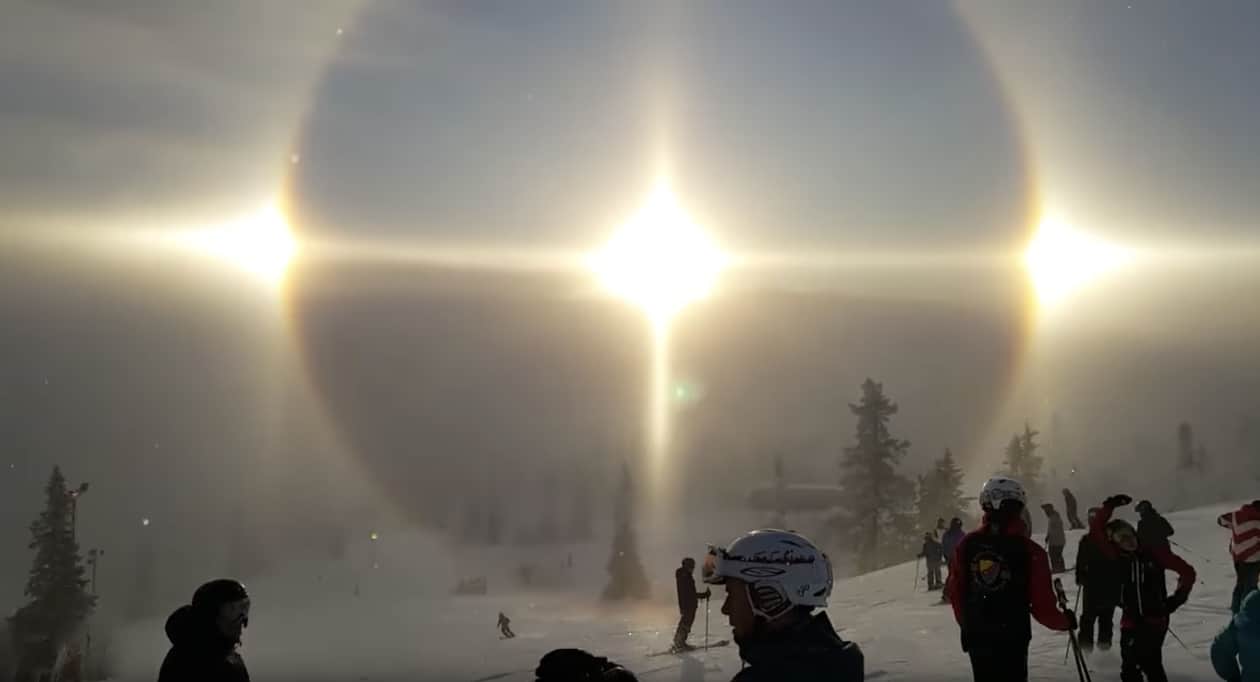 Skiers in Sweden last month were treated to an otherworldly sun halo as they hit the slopes.

APOD writes: “What’s happened to the Sun? Sometimes it looks like the Sun is being viewed through a giant lens. In the featured video, however, there are actually millions of tiny lenses: ice crystals. Water may freeze in the atmosphere into small, flat, six-sided, ice crystals. As these crystals flutter to the ground, much time is spent with their faces flat and parallel to the ground. An observer may find themselves in the same plane as many of the falling ice crystals near sunrise or sunset. During this alignment, each crystal can act like a miniature lens, refracting sunlight into our view and creating phenomena like parhelia, the technical term for sundogs. The featured video was taken a month ago on the side of a ski hill at the Vemdalen Ski Resort in central Sweden. Visible in the center is the most direct image of the Sun, while two bright sundogs glow prominently from both the left and the right. Also visible is the bright 22 degree halo — as well as the rarer and much fainter 46 degree halo — also created by sunlight reflecting off of atmospheric ice crystals.”