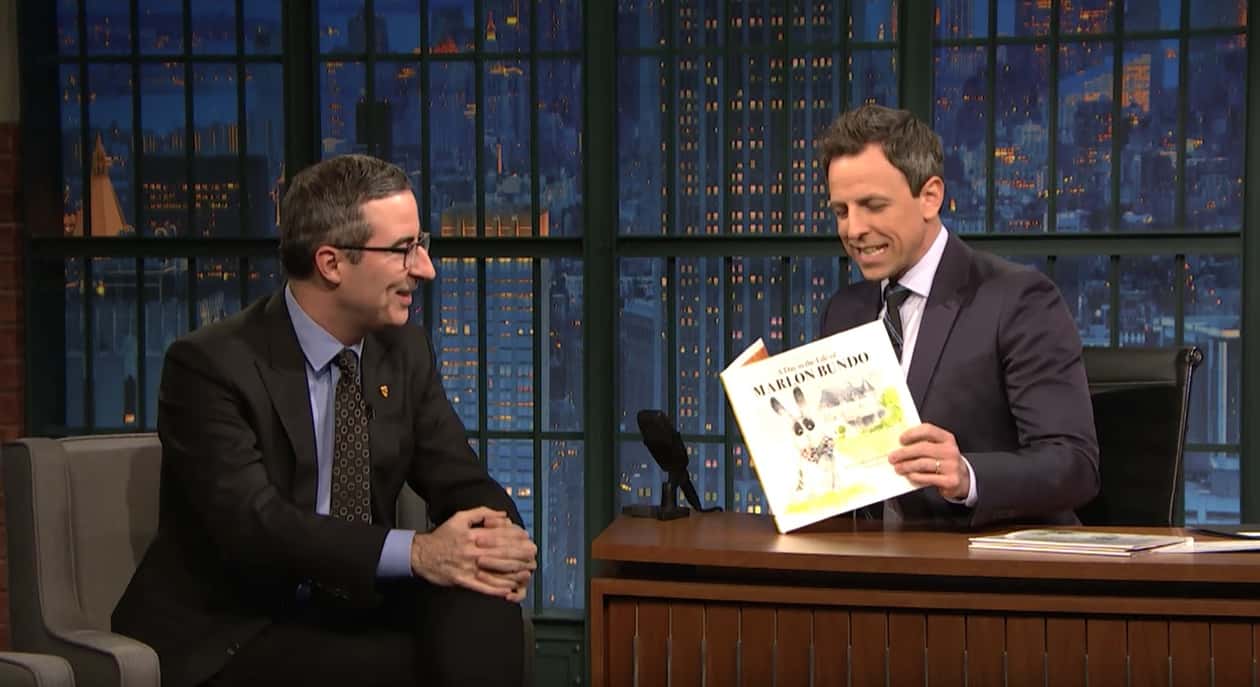 Amid talk of Rex Tillerson getting fired on the toilet, the results of the Russian election (“what a classic come-from-behind election that was”), Trump’s congratulations to Putin, and cryptocurrencies, Seth Meyers and John Oliver revealed a few details about the extraordinary perfomance of A Day in the Life of Marlon Bundo, Oliver’s bestselling book about Vice President Mike Pence’s gay bunny.

Oliver explained his anger with Pence’s homophobic views and how it led to the development of the gay Marlon Bundo book, “on the quiet.”

And just before Meyers show, Oliver was told just how many copies the book, which is in its second printing, has sold: “It’s getting ridiculous. It sold 180,000 copies so far.

The book has hit #1 on Amazon’s best seller list.

Oliver’s book is on sale on Amazon, Audible, or BetterBundoBook.com or FocusOnTheFurmily.com. All proceeds from the book go to The Trevor Project and AIDS United. The audio book is read by Jim Parsons, Jesse Tyler Ferguson, Ellie Kemper, RuPaul, and John Lithgow and features a stink bug character that looks like someone we all know and loathe.