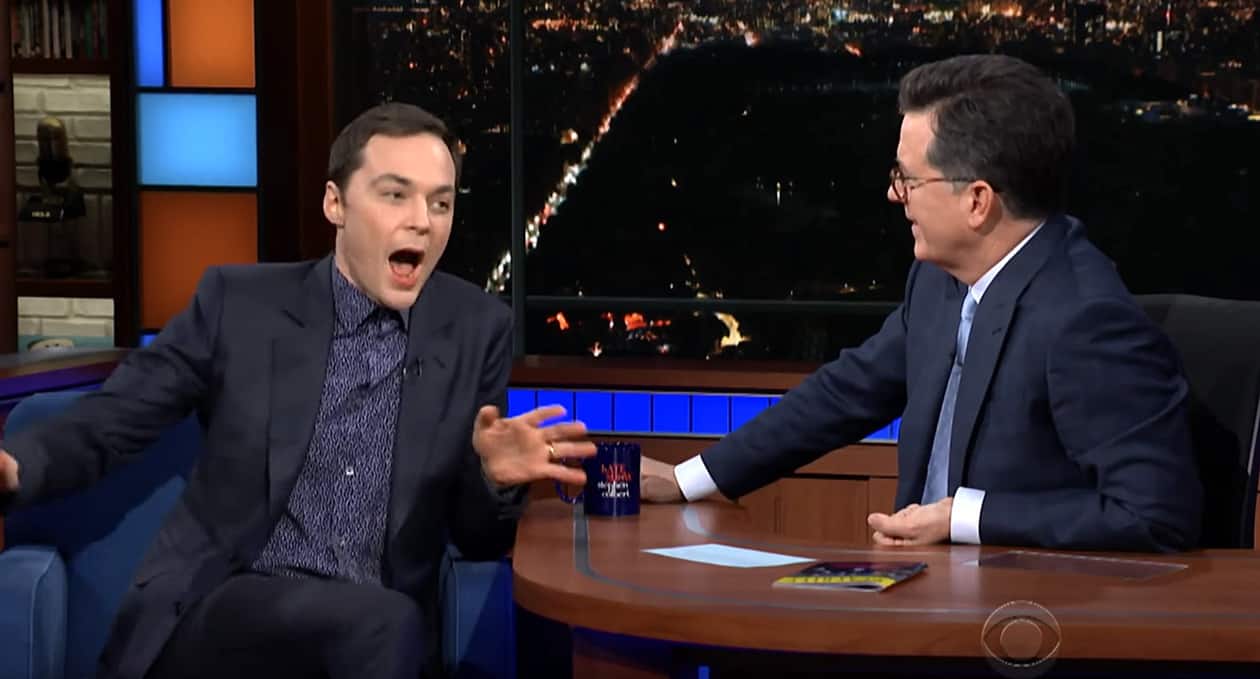 Actor Jim Parsons sat down with Stephen Colbert on The Late Show as his revival of The Boys in the Band arrives on Broadway.

After a discussion about being married, and how Mart Crowley’s classic play relates to gay life today, Parsons got passionate talking about the movie Love, Simon. Parsons was pissed that some people have been saying the movie is unnecessary.

RELATED: The A-List Gay Cast of ‘Boys in the Band’ Talks About the Play’s Significance in New Teaser: WATCH

Said Parsons: “I read a couple of articles that were essentially saying – I loved it, by the way, but there were a couple articles that were like, ‘that’s too late.’ … That we were beyond this now, the kind of tale of coming out that this was. And I thought, ‘Maybe if you’re a 30-something writer living in New York or LA it may be like ‘I don’t need to see this’, obviously.  But I don’t know – I think there are people in many other places that, yes you do still need to see it.”

He added: “Never mind the fact [they’re saying] ‘a gay romcom it’s too late.’ Tell that to When Harry Met Sally, you know, which was brilliant, but I’m saying, ‘How many straight rom-coms do we need? When is it too late for them?’ There’s nothing wrong with them. They’re fine. They are lovely. And I love When Harry Met Sally, I dunno…Let me get sick of too many gay rom-coms thank you very much. Bring it on. We’ll see.”