Religious Couple Bashes Gay Waitress As Customers Watch On 'What Would You Do?' - Towleroad Gay News 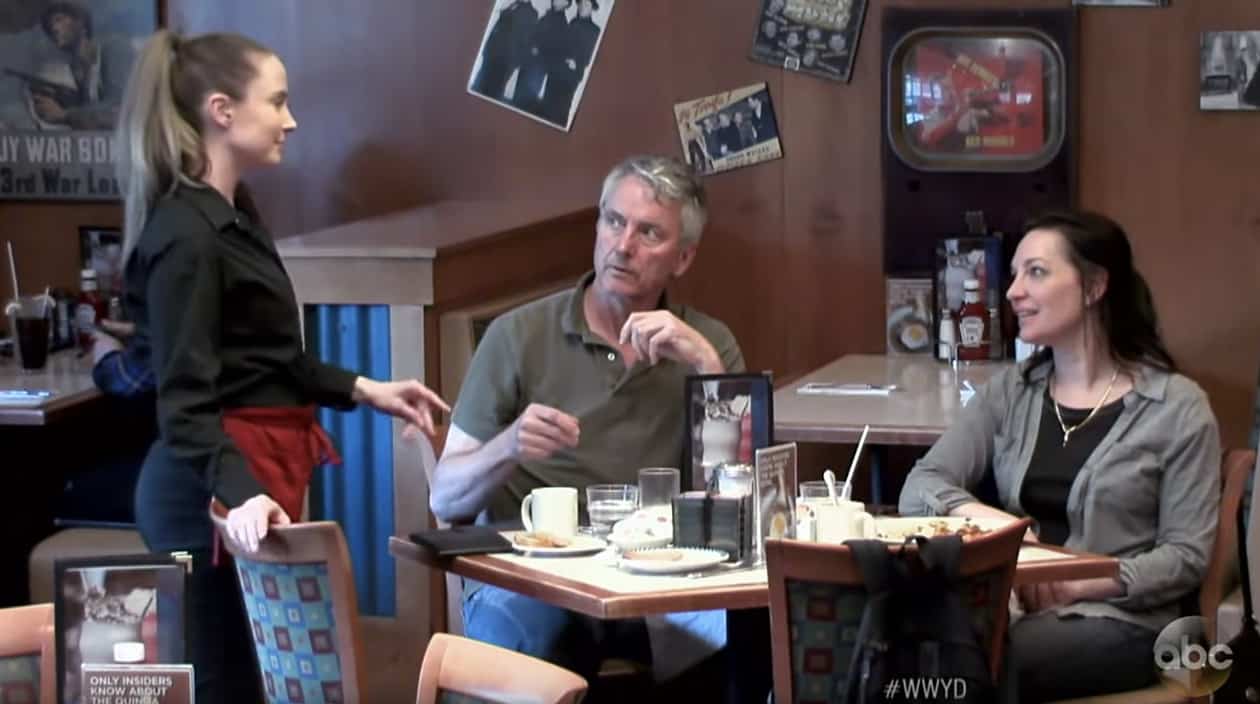 A religious couple bashed a waitress and refused to leave a tip after learning she was a gay on the latest episode of ABC’s hidden camera show What Would You Do?

The segment was based on a 2017 incident in which a waitress was denied a tip by customers who had seen her rainbow tattoo.

ALSO: ABC’s ‘What Would You Do?’ Put Unwitting Customers in Front of a Gay Couple and an Anti-Gay Baker: WATCH

One ignorant homophobe agreed with the couple, offering this laughable theory: “Look at it this way, they can’t have any kids. Nature takes care of it all by itself. So, eventually they’ll wipe themselves out. Give it time…”

“I’m glad she’s not my daughter,” another said of the lesbian waitress. “Seems like a waste.”

When ABC’s customer wrote “we don’t tip sinners” on the tip, customers overheard and stepped in, asking, “her life doesn’t impact your life, does it?”

Another woman rose out of her seat to defend the waitress while her dining companion, a man, threatened to use physical force against the bigots.

Previous Post: « Ellen Shares Her Show’s Most Inspiring LGBTQ Moments: WATCH
Next Post: The ‘Pose’ Unpacks the Power of Our Bodies, Our Selves »