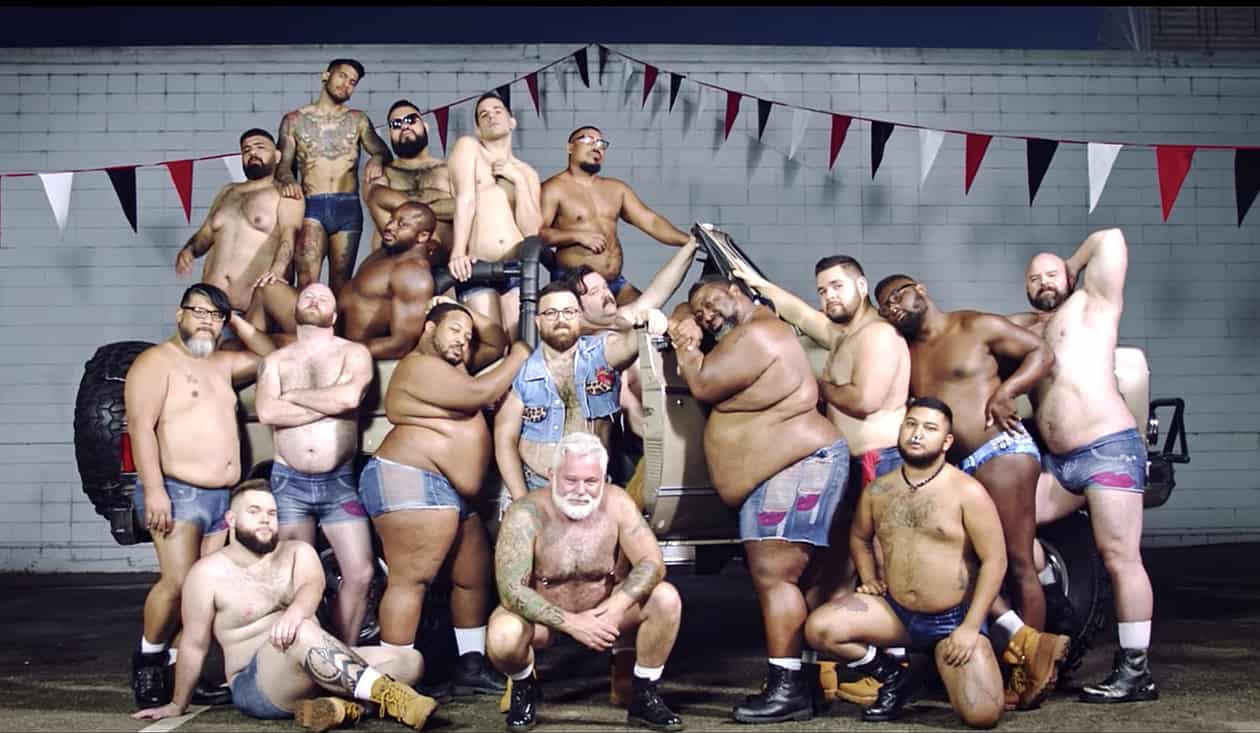 Queer L.A.-based rapper Big Dipper announced his debut LP, ‘Late Bloomer’ (out Summer 2018) on Thursday, and released a new video for the single “Lookin” to accompany the announcement. The clip was directed by Tobin Del Cuore and produced by So Drove (who also produces Cupcakke).

Said Dipper of the clip: “I wanted to take all the stereotypical set ups from stupid college frat movies and flip the over-sexualization of women in bikinis at car washes. I wanted to feature big, thicc, fat guys who like to show off and dance….the type of bodies that get overlooked in typical media representation. I also really wanted to make a dance video that shows big and fat guys really moving and hitting tight choreography. It was important for me to cast a wide range of bodies and types of guys to feature in the visual. It was super exciting to me that the majority of the people in the video don’t directly work in music or nightlife….but they are all outgoing and charismatic. The guys range professionally from photographers, and HIV educators to ad sales directors and comic book artists.”

Added Dipper: “LOOKIN celebrates the people who catch your eye…those people out in the world who have that special something that makes you look twice. For me, big confident guys who know how to use their bodies have always piqued my interest, so I wanted to show them off in a video. I try to put that vibe out into the world and I wanted the visual for LOOKIN to reflect that.”

Previous Post: « Trump: ‘I Want My People’ to ‘Sit Up At Attention’ to Me Like the North Koreans Do to Their Dictator – WATCH
Next Post: The Final Four Fight to the Finale on ‘RuPaul’s Drag Race’ [RECAP and RANKINGS] »