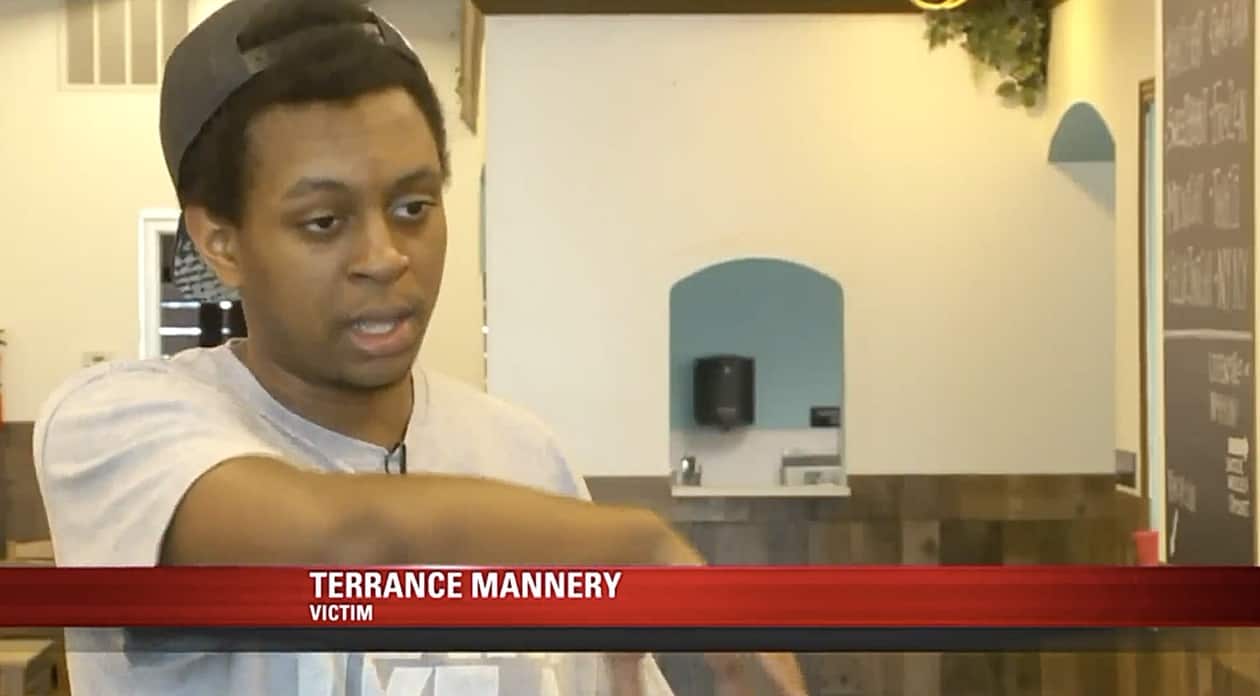 Police are searching for those involved in a disturbing homophobic mob attack at the Utah Pride festival in Salt Lake City on Saturday which left an ice cream shop worker with minor injuries and a gay couple very shaken.

Terrance Mannery, a worker at the Doki Doki ice cream shop where the gay couple sought refuge after being pursued, fought off a group of approximately 15 men who were chasing them and yelling homophobic slurs.

Said Mannery: “I stepped forward and was pretty much like no you’re not coming into the store and causing trouble.”

Mannery said they were throwing punches, and sustained a small injury to his face: “No weapons, no kicking. Just punches and they seemed like they were trying to pull me out but that kind of worked to my advantage because I wanted them out of the store.”

The Salt Lake Tribune adds: “A woman outside the shop tried to break up the crowd as Mannery kept fighting, Mannery said. Finally, a security guard from a neighboring building approached, and the mob ran away.”

The store has no surveillance cameras. Anyone with information on the attack is asked to call 801-799-3000.

The Utah Gay and Lesbian Chamber of Commerce is offering a $5,000 reward for information leading to the arrest of those involved.