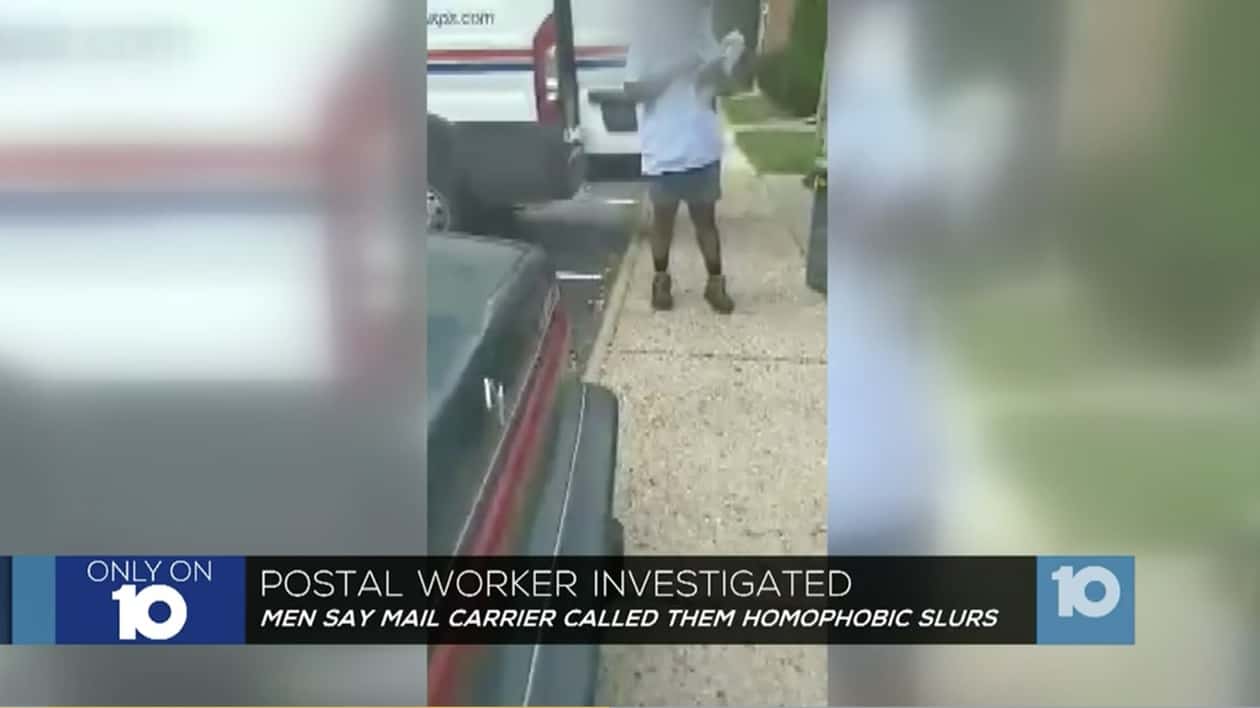 Michael Coward and his fiance Michael Vaughn, a gay couple in Columbus, Ohio, have filed a police report after a U.S. postal worker called them an anti-gay slur, took their names off the mailbox, and told them she’d stop delivering their mail.

Part of the confrontation was caught on camera, and the postal worker does not deny using the slur, which is bleeped out in the video.

On the video, Coward confronts the worker: “You’ve called me a [expletive] at least 10 times.”

“I called you what you are,” replied the worker.

Vaughn replied: “You’re telling us that you’re not going to deliver our mail because we’re quote, end quote ‘White [expletives]. I don’t think that’s how that works.”

The US Postal Service released a statement: “The allegations made against a Postal Service employee are very concerning. These actions – if true – are not consistent with and don’t represent the values of the Postal Service organization and will not be tolerated. You can be assured that this alleged incident is being fully investigated and that the Postal Service will take whatever action is appropriate. Customers may report concerns and complaints to the United States Postal Service by calling 1 800-275-8777.”

Previous Post: « Man Kicked Out of Vegas’ ‘Encore Beach Club’ for ‘Being a Gay Man Wearing a Swimsuit That Was a Little Too Gay’ – WATCH
Next Post: Trump Ally Rep. Chris Collins (R-NY) Arrested on Federal Insider Trading Charges »