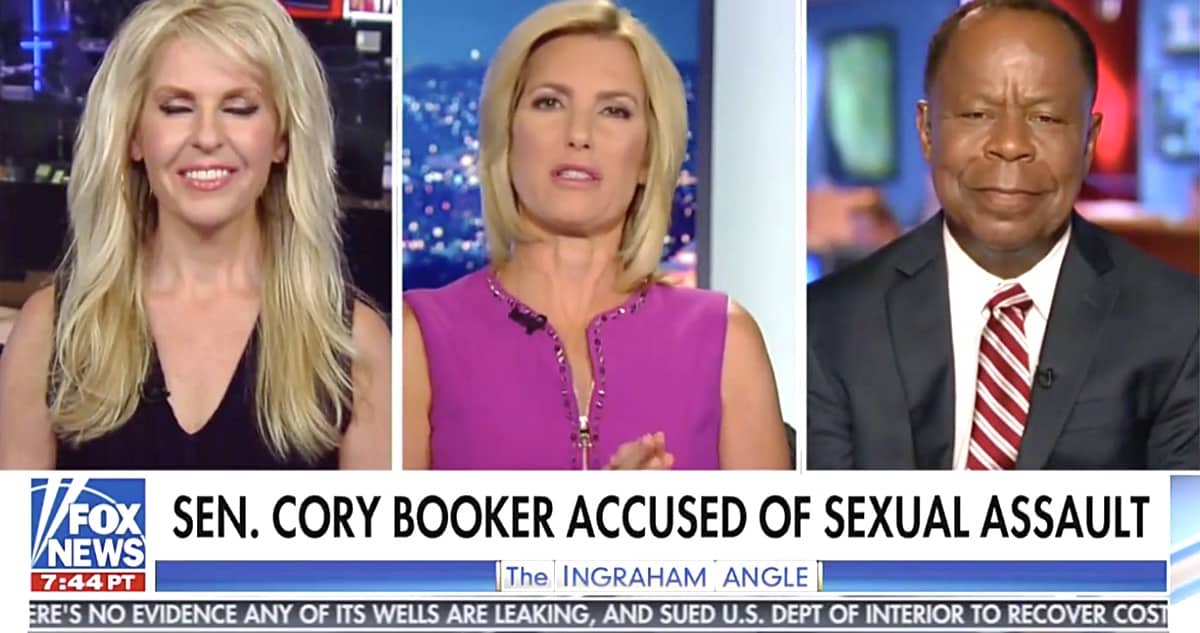 Over the weekend, an anonymous “gay man” began circulating a letter on Twitter accusing Senator Cory Booker of sexually assaulting him in a bathroom.

The letter contains a dramatic retelling of the incident worthy of a bad novel: “It was one of those surreal moments where what was happening was such a deviation and such a perversion of one’s natural daily routine that I hardly knew how to react. He pulled me into the restroom, albeit not too forcefully and slowly pushed me against the restroom wall. He said that ‘Being a hero was a serious turn-on’. He continued, ‘The Senate appreciates fine citizens like you. Especially this Senator.’ He then put his left hand on my groin, over my jeans and began to rub. I seem to remember saying something like ‘What is happening?’ It was a bit like having vertigo.”

Of course, the letter was picked up immediately by right-wing news outlets and trumpeted by Donald Trump Jr. as evidence of hypocritical behavior against Brett Kavanaugh, though Kavanaugh’s accuser was not anonymous.

Based on @CoryBooker’s rules when it comes to due process for accused sexual assaulters, we must assume he’s guilty until he proves otherwise by calling for an FBI investigation into himself. I assume he won’t be running for president until that investigation is complete.

FOX News host Laura Ingraham picked up on that take: “We don’t raise this issue because we automatically assume it has credibility. I don’t like anonymous allegations. We actually think everyone should wait for the details to come in before we say something like this, right?”

Ingraham, who launched her career outing gay students at Dartmouth University, then noted she thought it was a smear: “I don’t like it when people do this kind of stuff. I believe it is a smear. I mean, if you’re going to make an accusation — this is a supposedly a man making an accusation that something happened in a bathroom- if you’re going to make that kind of accusation you better put your name to it. Our point is a simple one. We have major media outlets during Kavanaugh rolling when this anonymous stuff and people like Cory Booker out there tarring Brett Kavanaugh because of the mountain of evidence, which ended up being nothing.”

Booker has not commented on the letter.