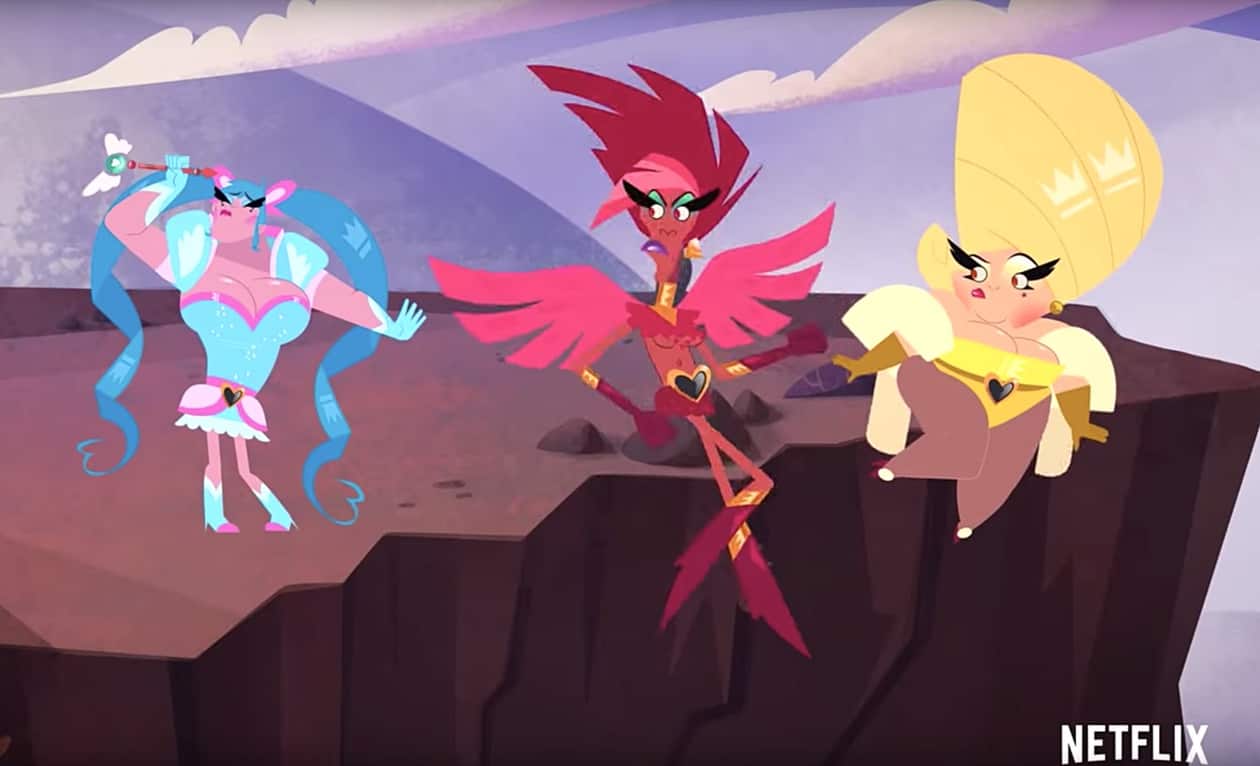 Shangela, Ginger Minj, and Trixie Mattel have arrived in the first trailer for Netflix’s upcoming drag queen superheroes show Super Drags. The RuPaul’s Drag Race queens have transformed into Lemon Chiffon, Cran Sapphire and Crimson Scarlet, and they’re here to save the world.

In the new trailer, a RuPaul-esque leader assembles the superheros – chosen for their brain, brawn, and heart – to save the world from haters on a raunchy mission that includes romance, sexy robots, lip sync, lesbians, water sports, hookups, weapons, and a fierce dose of fabulousness.

The show is an adaptation of a Brazilian show with this description: “During the day, they work in a department store and deal with their uptight bitchy boss. By night, they tighten up their corsets and transform into the baddest SUPER DRAGS in town, ready to combat shade and rescue the world’s glitter from the evil villains. Get ready, because the SUPER DRAGS are going deeper than you think.”

A Brazilian site gives us more insight: “Scheduled for the second half of 2018, the five-episode series created by Anderson Mahanski, Fernando Mendonça and Paulo Lescaut is produced by Combo Studio. Super Drags  is another powerful and proud addition to the diversity of Brazilian originals from Netflix and brings us the adventures of three young people with a super normal life … during the day, Patrick, Donny and Ramon work in a department store with annoying customers and a picky boss. At night, they release their inner divas to become Lemon Chiffon, Cran Sapphire and Crimson Scarlet: three incredibly fabulous Super Drags who have been recruited to gather the LGBT community and spread glitter in the world.”