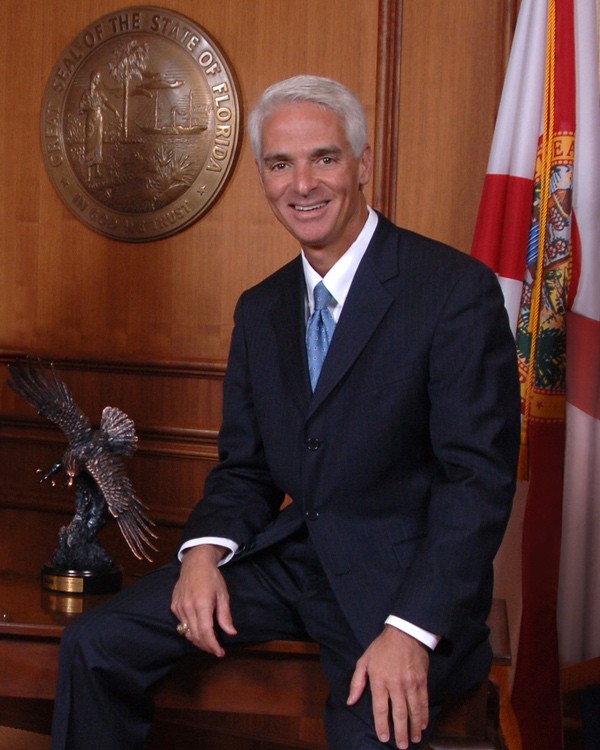 On the hypocrisy watch, a reporter for the Broward-Palm Beach New Times alleges that Florida Gubernatorial Candidate Charlie Crist, whose recent campaign phone calls proclaim “I support a constitutional amendment to protect traditional marriages, and I oppose adoption by gay couples,” has a long-term male lover who is a convicted thief and has had sexual trysts with a young former male field director for the campaign of U.S. Senate candidate Katherine Harris.

Rumors of Attorney General Crist’s sexuality are nothing new. Recently his opponent, independent candidate Max Linn, told a radio interviewer that “it is common knowledge in Tallahassee that Crist is gay.”

New Times writer Bob Norman bases his claims that Crist had an affair with 21-year-old Jason Wetherington, the field director for Harris, on two different anonymous sources who claim that Wetherington bragged to them at dinner parties that he and Crist had sex at a Tampa area hotel while he was working on the Harris campaign. One source also said that Wetherington named Bruce Jordan Carlton, a convicted felon who also worked for Katherine Harris, as Crist’s long-term partner.

Of course anonymous sources aren’t much good in substantiating anything unless they’ll come forward, and the subjects of the rumors are in denial mode. When approached by Norman, Wetherington claimed that the extent of his contact with Crist was “shaking his hand” and denied claims by Norman’s sources that he had bragged of an appointment should Crist win election. Said Wetherington: “I sent him a resume. I want to work for him, but I never said that I had a job with the administration.”

Crist denied remembering who Jordan was, although the reporter spoke to Jordan’s father and said that his son and Crist were friends. Crist told Norman that “of course it’s fair” for reporters to ask about his sexuality. When Norman asked Crist directly if he’d ever had sex with a man, the Attorney General’s reply was “never”.