Gay man assaulted by staff at New York nightclub Pacha: ” The victim was passed out in the West 46th Street club’s bathroom early Sunday morning when he was allegedly dragged out and assaulted before being thrown out the back door. A source said that anti-gay slurs were made during the attack, which is being investigated as a hate crime. Cops executed a search warrant last night, seizing computers, video equipment and business records. During the raid, the club’s manager, who was not identified, was arrested on a warrant.” 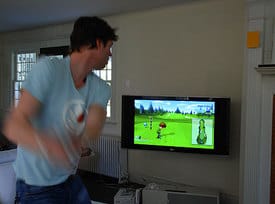 First documented case of Wiiitis: “If a player gets too engrossed, he may ‘play tennis’ for many hours. With the growing use of this new video game system, the risk of the Wiiitis variant may be higher than that of Nintendinitis reported in the literature, especially among adults. Physicians should be aware that there may be multiple, possibly puzzling presentations of Wiiitis.”

Party at the Hilton Hilton: “After extensive consultation with Los Angeles County Medical Personnel, including doctors at the Century Regional Detention Facility, it has been determined that Paris Hilton will be reassigned to the Community-Based Alternatives to Custody: The CBAC Program. Ms. Hilton has been fitted with an electronic monitoring device and will serve the remained of her sentence confined to her home. She will now serve the full 45 day sentence. Ms. Hilton has been in custody for five days and therefore will be serving 40 days in the Electronic Monitoring Program under the supervision of the Los Angeles County Probation Department.” More…

Human rights watchdog calls on governments to step up prosecution of hate crimes.

George Michael says the press is jealous of him: “Me, I don’t want any children, I don’t want responsibility. I am gay, I smoke weed and I do exactly what I want in my life because of my talent. I represent an ideal which others have had to let go and they blame me for that. Especially men.” 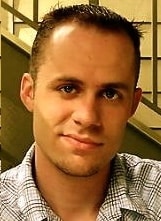 Former U.S. House Clerk Jeff Trandahl breaks silence on Mark Foley case: “Trandahl resigned from his post as House clerk and announced his new job in the fall of 2005, shortly after he began questioning Foley’s behavior toward pages in private conversations with both Foley and House GOP staffers. In his remarks last week, Trandahl refuted the speculation that GOP leaders forced him out of his job. He said he had long planned to retire after 20 years of government service and noted that his departure was set well before the scandal broke. Trandahl thanked former House Speakers Dennis Hastert (R-Ill.) and Newt Gingrich (R-Ga.) and current Speaker Nancy Pelosi (D-Calif.) for supporting him during his tenure in the House. But he said former Rep. Tom DeLay (R-Texas) had long sought to oust him from the job because he is openly gay.”