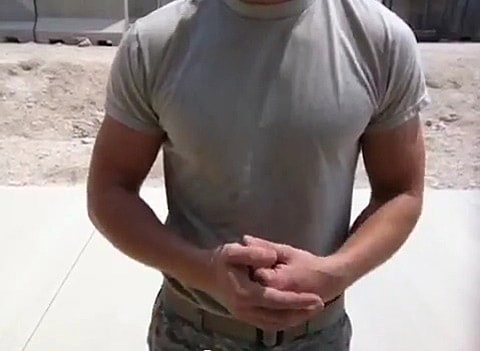 A few weeks ago I posted a set of YouTube videos from a faceless servicemember who says he is from the Bible Belt, stationed in Europe, and deployed to the Middle East. The powerful videos discussed the anticipation surrounding "Don't Ask, Don't Tell" repeal, and the process of coming out to friends and fellow service members.

Along with those videos, the servicemember posted a cover of Adele's "Rolling in the Deep" by a military band, which, because it's excellent, went viral and was featured on the Carson Daly show, among other places. It currently has more than a million views.

The servicemember says that because his video of the band went viral, his fellow servicemembers discovered the gay-related videos, so he was outed to them. And, he's extremely happy to report that they were "more than okay with it" and offered him congratulations.

The servicemember has also told his girlfriend that he is gay.

Watch his story, AFTER THE JUMP…