Howard Schultz, the founder and CEO of Starbucks, has canceled a scheduled talk titled “How Starbucks Fought for its Life Without Losing Its Soul” at suburban Chicago-based Willow Creek Community Church, one branch of a megachurch formerly tied to "ex-gay" group Exodus International, following pressure from a petition on Change.org. 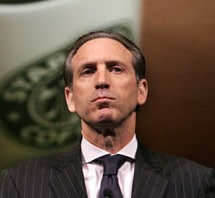 The church that is sponsoring the event on August 11th and 12th has a long history anti-gay persecution. For decades the church was a member of Exodus International, the organization that seeks to cure homosexuality through dangerous conversion therapy. The church split ways with the group, but in doing so stated that it wasn’t a change in belief but a change in focus. The church also has their own “outreach” programs to the LGBT community to spread their anti-lgbt message.

The Chicago Tribune reports that Schultz' withdrawal from the leadership summit may also have had in mind the bad publicity the company received earlier this summer over a NYC barista fired for being gay. We reported on that here.

Though Starbucks confirmed Schultz no longer planned to be there, the company would not attribute it to a campaign launched last week calling on Schultz to denounce the church’s stance before the event.

Earlier this summer, the coffee company announced an investigation of allegations that an openly gay New York barista was fired for discussing his personal life because Starbucks had “zero tolerance for discrimination of any kind.” 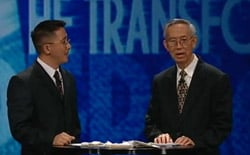 Watch a presentation given at Willow Creek Community Church just this April in which Christopher Yuan gives his testimony with his father about "praying away the gay" and making a Journey to God.