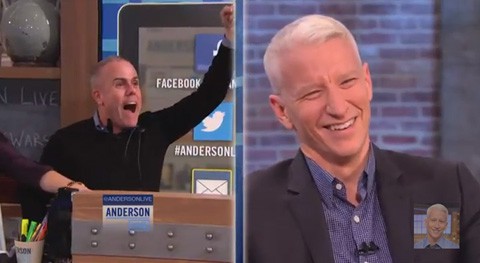 At least, according to Andrew Rannells' definition.

Anderson turned up the sass with executive producer Terence Noonan on his show yesterday when Noonan accused him of being inexperienced with women.

Replied Anderson: "Unlike you, sweetie, I have had a little more experience in other areas other than with guys."

Previous Post: « Obama Unveils Plan to Reduce Gun Violence: VIDEO
Next Post: Anti-Gay Seattle Church Moves into ‘Gayborhood’, Calls it Blessing to Be Closer to Those ‘Infected with AIDS’: VIDEO »