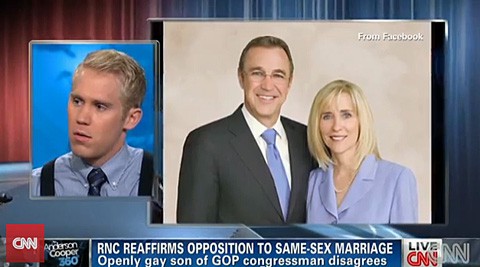 Matt R. Salmon, the gay son of Rep. Matt Salmon (R-AZ), sat down with Anderson Cooper last night to talk about his father, who has spoken publicly of his opposition to same-sex marriage, and his mother, who worked on an anti-gay constitutional amendment in Arizona, about his love for them. 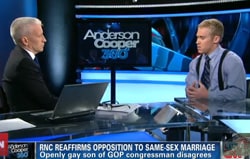 "I finally realized that no matter what our differences and opinions are, we have to love and support each other. And since then, our relationship has really grown stronger. And I've watched as my dad has just really been a huge supporter of me….Yes, he doesn't support gay marriage, but that's no reason that I shouldn't love him, or just accept him for who he is. I hope that he changes his position" on marriage rights for same-sex couples."