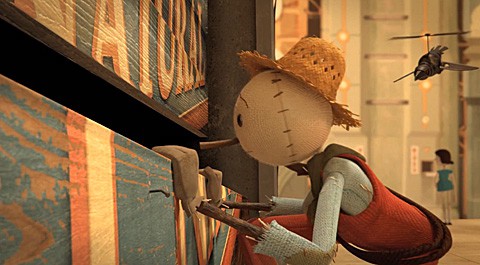 A gorgeously-animated infomercial highlighting the horrors of factory farming with nary a bit of branding until the very end and a rendition of "Pure Imagination" from Willy and the Wonka Factory sung by Fiona Apple is the most quality bit of advertising you'll see today.

Writes Chipotle of the film:

In a dystopian fantasy world, all food production is controlled by fictional industrial giant Crow Foods. Scarecrows have been displaced from their traditional role of protecting food, and are now servants to the crows and their evil plans to dominate the food system. Dreaming of something better, a lone scarecrow sets out to provide an alternative to the unsustainable processed food from the factory.

Watch and think twice about where your next meal comes from, AFTER THE JUMP… 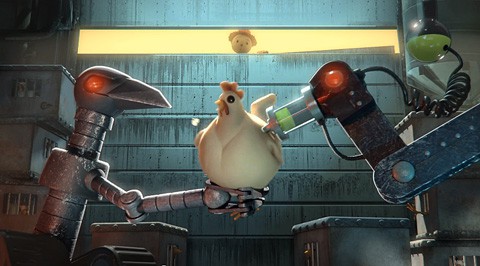 Previous Post: « Australian Capital Territory to Legalize Marriage Equality This Year
Next Post: Looking for a Soundtrack to Your Next Sexcapade? Here It Is: AUDIO »