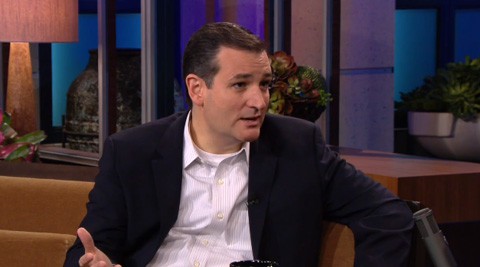 Leno also asked him about his father, who has been in the news lately for his rabidly homophobic rants about gay people.

"My father's a pastor. He's a man of deep integrity. Some folks have decided to go after him because they want to take some shots at me."