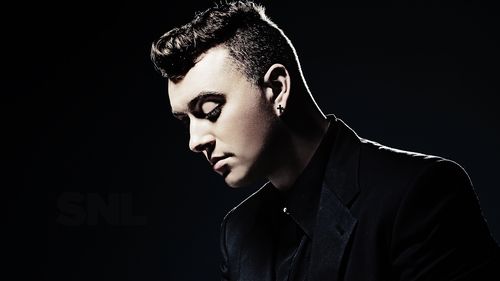 Since coming out as gay earlier this year Sam Smith has stepped into the cultural spotlight for reasons other than his singing voice. Smith, 22, made a name for himself channeling memories of unrequited loved into his debut album In The Lonely Hour, describing the record as “a diary from a lonely 21-year-old.”

“It was my way of talking about the only real issue in my life.” Smith explained to Digital Spy. “I fell in love with someone who didn't love me back, and it made me get into this head space of Will I find love?”

Since May, and the meteoric rise of his album, Smith has reportedly continued his search for true love as young artists are wont to do. A traditionalist at heart, however, Smith has made a point of condemning the use matchmaking and hook up apps to find a lasting connection. Smith, who is now dating, describes having met his new beau the “proper way,” a sentiment that has left some of his mans a bit miffed. Given Smith’s status as a freshly minted icon, Gawker’s Rich Juzwiak and The Wire’s Kevin O’Keefe took the singer to task for his dismissal of what they consider to be a rather substantial aspect of modern gay culture.

More than just preferring traditional face to face interaction, O’Keefe argues, Smith is making an implicit condemnation of forms of gay culture that might not necessarily be considered as “normal.”

“As a gay singer, it's not a stretch to imagine much of Smith's potential fanbase does use Grindr, Tinder, etc.” O’Keefe lays out in a lengthy essay. “Sure, he shouldn't pander to them if he doesn't agree with what they're doing, but to essentially wag his finger and say "naughty, naughty" seems like bad PR.”

In Juzwiak’s opinion, Smith’s posturing of himself in opposition to men interested in exploring newer ways to connect with one another smacks both of mild technophobia and cliched gay respectability politics:

"[T]here is a different experience to be had, one that is just as real as the painful one Smith implies, one without pathology or grief. Apps don't necessarily ruin communication; they fix it for people who are too nervous to approach people in public. Or they just make it easier to get sex when you want sex.”

Smith’s words, given that he’s a young, rising star openly identifying himself as gay, carry an added layer of significance not just for his fans, but also to the industry mechanics that ultimately decide what kind of artist’s projects get greenlit. Smith incorporates the very real themes of gay love, loss, and longing into his music and videos, which is an undeniable sign of progress. That progress is undercut, however, when those themes are come along with caveats that devalue certain forms of intimate connection in favor of others.

Watch Sam Smith's interview with Fresh 102.7 discuss his coming out AFTER THE JUMP…