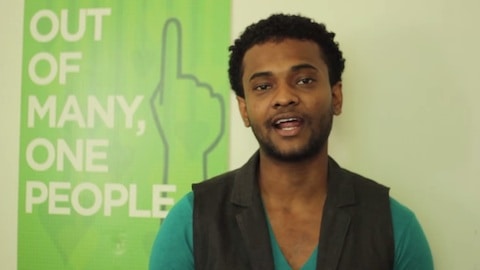 Last year, Javed Jaghai initiated a constitutional challenge to an 1864 law that bans sex between men.  He argued that the law fuels homophobia and violates a 2011 charter of human rights that guarantees a right to privacy.

Jaghai is the Education and Outreach Officer at the Jamaica Forum for Lesbians, All-Sexuals & Gays (J-FLAG).

However, Jaghai has issued a statement saying he is no longer in a position to continue pursuing the case because of fears of a backlash against his family.

Although Prime Minister Portia Simpson Miller spoke in favor of gay rights in 2012 and has vowed to put the anti-sodomy law to a "conscience vote," there has as yet been no movement in that area.

Watch Jaghai discuss human rights in Jamaica, AFTER THE JUMP…

Previous Post: « Michael Sam Goes Unclaimed By 31 NFL Teams, Rams Pass On Offering Him Practice Squad Spot: VIDEO
Next Post: GaymerX Is Back For A Third Round With a New Crowdfunding Campaign: VIDEO »