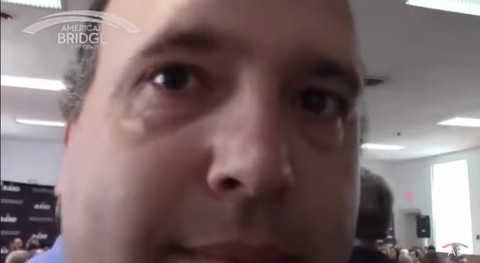 Democratic trackers typically follow rival candidates to events in order to keep an eye on them, as was the case at a Rand Paul event in New Hampshire on Monday.

But a tracker from the Democratic opposition research super PAC, American Bridge 21st Century found out the hard way that Paul's staffers lick back.

Watch the lick go down, AFTER THE JUMP…

I prepare our trackers for a lot of things. I do not prepare them for being licked by Rand Paul’s operatives: https://t.co/4YejNPoEQ1

Paul's campaign declined to comment on the staffer's actions.