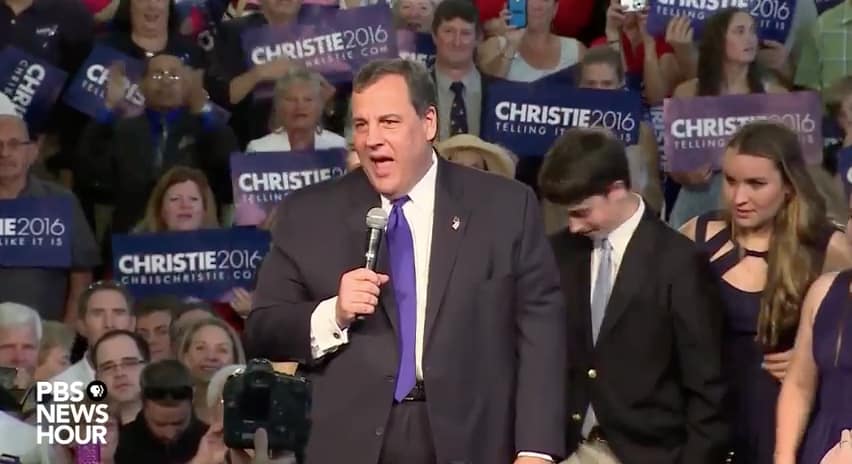 “I am now ready to fight for the people of the United States of America,” Christie said. “America is tired of hand-wringing, of indecisiveness … in the Oval Office. And that is why, today, I am proud to announce my candidacy.”

“I mean what I say, and I say what I mean, and that’s what America needs right now. … You’re going to get what I think, whether you like it or not, whether it makes you cringe every once in a while or not.”

Christie’s vision for America does not include gay families, however, as on the eve of his announcement he vetoed a bill that would have modernized New Jersey’s surrogacy laws and helped gay families, HRC reports:

“This veto is a terrible outcome for families across New Jersey who need gestational surrogacy agreements to strengthen their families,” said Andrea Bowen, Executive Director for Garden State Equality. “We deplore what Governor Christie has done.”

14 states have laws that allow for gestational surrogacy.