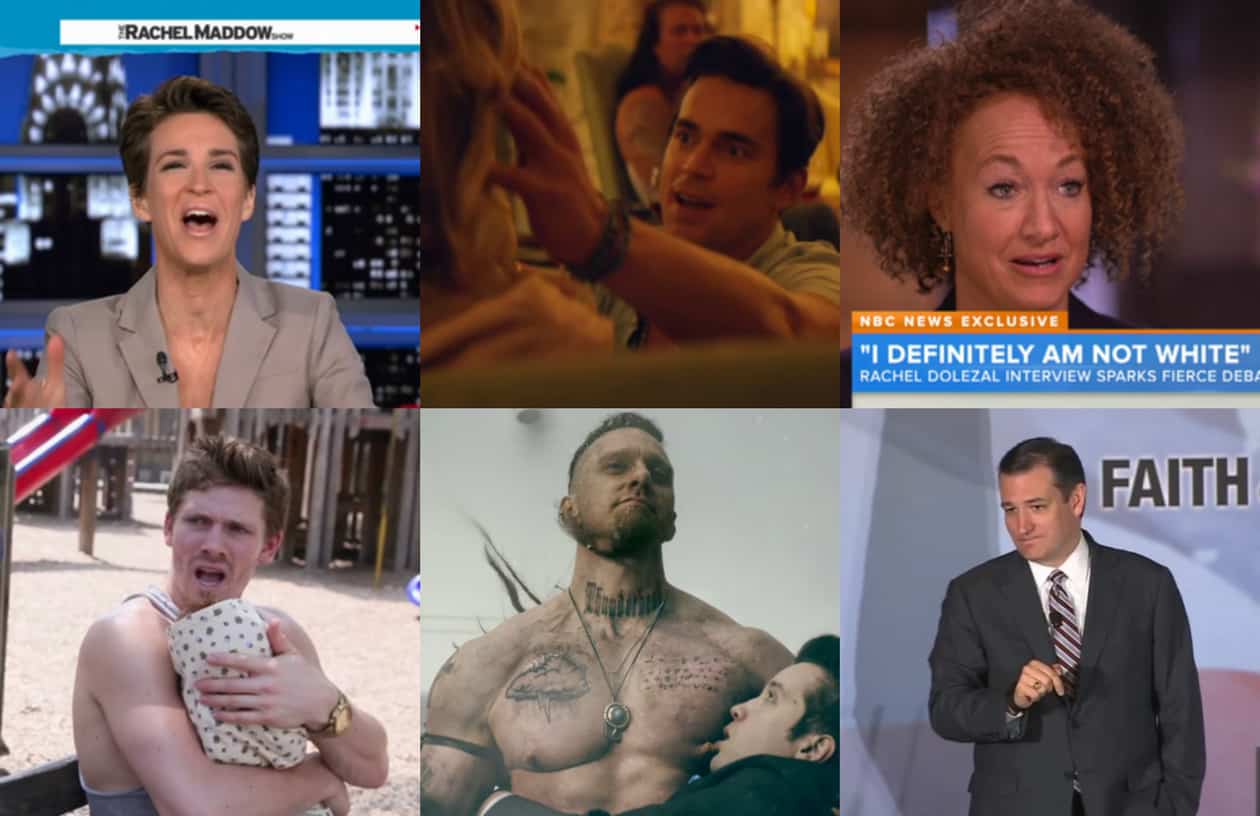 We’ve got the recap right here.

Sen. Ted Cruz flexed his anti-LGBT credentials at the Faith and Freedom Coalition Conference on Thursday, telling the crowd “I believe 2016 will be the religious liberty election.”

Listen to his delusional ravings:

9. Transgender Houseguest to Compete on ‘Big Brother’ for the First Time

Audrey Middleton, a 25-year-old digital media consultant from Villa Rica, Georgia will move in to live with 14 others in an environment with no privacy and begin a competitive elimination competition which will see one of them crowned ‘Big Brother’.

Middleton spoke cryptically with Big Brother alum Jeff Schroeder about what she’s looking forward to on the show:

8. New Software Ad Wants You To Suck On The Nipple Of Knowledge

A new British software ad depicts a Norse god / Tom of Finland crossover named Thunderhead (also the name of the software) sweeping a hapless salesman off his feet and telepathically communicating to the salesman what his customer wants–through his nipple, or maybe more appropriately the teat of knowledge, which the salesman sucks.

Watch the ad for yourself below:

Michigan GOP lawmaker Gary Glenn has said that public school officials should be held criminally responsible if students are taught about homosexuality and later contract an STI:

6. Rachel Dolezal Comes Out As Bisexual, Says Caitlyn Jenner’s Struggle Resonates With Her

In an interview with NBC Nightly News, Rachel Dolezal, the former leader of the Spokane, Washington chapter of the NAACP at the center of a controversy surrounding her race, has revealed that she is bisexual and feels an affinity towards Caitlyn Jenner’s struggle.

A recently released trailer for the Yahoo Viewfinder documentary shows the long history of America’s war on its gay citizens, underscoring the life ruining effects that being exposed as gay had in the past.

Uniquely Nasty will air on Yahoo on June 22 and features narration from Matt Bomer and George Takei.

Watch the full trailer below:

4. Matt Bomer Proves His Pipes Are Magic With Swoon-Worthy Cover of ‘Heaven’

Listen to what your friend Channing Tatum has to say about Bomer’s musical prowess: “When he sings. It’s like God gave with both hands and then grew a third hand and graced him with more. He’s crazy talented.”

3. Gay Dads Get Asked A Lot of Ridiculous Questions

This new video from the website Gays With Kids sheds light on all the questions (some ridiculous, some offensive) that gay dads often get asked by strangers. Some of the funnier examples include, “Your sperm? His sperm? How does that work?”, and “Who does the mommy stuff?”

2. ‘We Don’t Serve Gays’ Exposes The Absurdity of Anti-Gay Discrimination

In this comic short a variety of servers berate a gay customer with a barrage of absurd reasons why their establishment cannot serve gays. For instance, the restaurant can’t serve gays because they don’t want the place reeking of vaseline and Madonna. Or have their internet crashing because of all the Grindr usage.

Watch the hilarious spoof below:

All eyes are on the Supreme Court this coming week. But this last week, Rachel Maddow waded into the speculation over whether anything can be discerned about how SCOTUS’ will rule on same-sex marriage based on Justice Ruth Bader Ginsburg’s recent “good mood.”