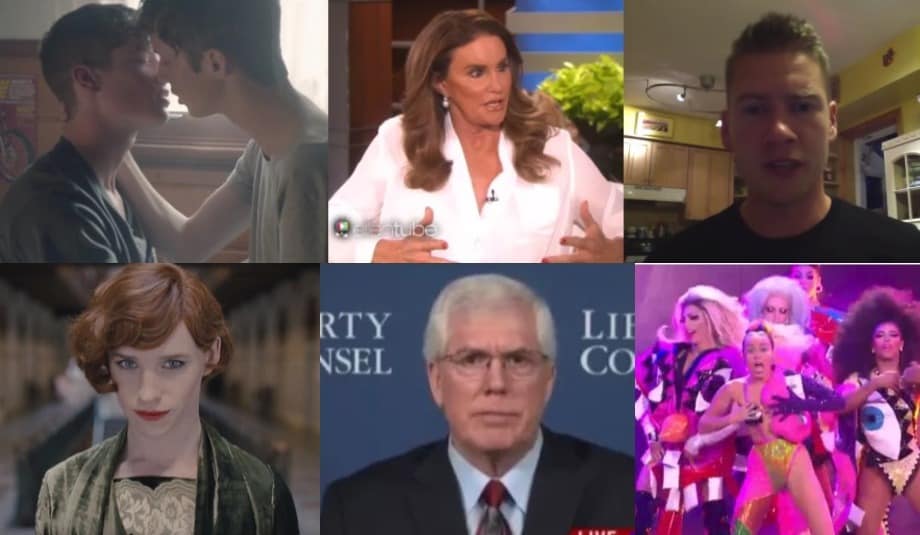 We’ve got the recap right here:

10.  Dan Savage: Hypocrite Kim Davis Wants to Be a Martyr

In Dan Savage’s eyes, Kim Davis is attempting to cash in on her “martyrdom” by positioning herself as a right-wing darling in order to get lucrative book deals and speaking gigs because of her status as a ‘celebrity’ anti-gay activist.

Greg Gould, who was runner-up in the 2013 Australia’s Got Talent competition, has come out as gay ahead of the release of his debut single “Run to You.”

Singer-songwriter Steve Grand has accepted an invitation from a U.S. Marine to attend the 2015 Marine Corps Ball after the Marine posted a video to YouTube asking Grand to be his date.

“This video is for the all-American boy, Steve Grand. Steve, you are an amazing singer. I’ve seen some of your blog videos and they were awesome. I would like for you to go with me to the 2015 Marine Corps ball in Wilmington, North Carolina as my date. Hopefully you say yes. If not, it was worth a shot.”

7. ‘Clerks and Recreation’ is the Spoof of Kim Davis’s Bigotry You’ve Been Waiting For

6. Miley Cyrus and the Queens of RuPaul’s Drag Race Slay the VMAs with ‘Dooo It!’

Miley Cyrus closed out the MTV Video Music Awards last Sunday with a dragtastic performance of her new song “Dooo It!” accompanied by the queens of RuPaul’s Drag Race.

“Dooo It!” is from Cyrus’s surprise new album Miley Cyrus and Her Dead Petz which was announced at the end of the VMAs.

Actor/musician Troye Sivan appears to be laying all his talent on the table with his new Wild EP project, launching it with a video trilogy called “Blue Neighbourhood.” He released the first video in that trilogy, “Wild”, this week. It features two childhood friends who develop more than a friendship despite the apparent attempts by their fathers to keep them apart.

Incarcerated Kentucky clerk Kim Davis’s lawyer Mat Staver appeared on Chris Hayes’s MSNBC show Friday and the the testy exchange between the two put a spotlight on the fact that Davis doesn’t have a legal leg to stand on in her anti-gay crusade.

The trailer for Tom Hooper’s The Danish Girl was released this week and stars Eddie Redmayne in the true love story of transgender pioneer Lili Elbe and Gerda Wegener (played by Alicia Vikander).

2. Caitlyn Jenner Admits She Used to Be Opposed to Gay Marriage: ‘I Was Not for It’

Caitlyn Jenner sat down with Ellen for her first talk show appearance since coming out as transgender.

Jenner spoke of her struggles while closeted, her family’s reaction to the news, and who the hardest to come out to was. Perhaps the most revealing part of the interview though came when Ellen brought up Jenner’s conservative political views and asked how the former Olympian could support the Republican Party in light of the fact that many GOP politicians are opposed to trans rights and same-sex marriage.

I have to admit – I remember 15 years ago, 20 years ago whenever it was when the whole gay marriage issue came up – at first I was not for it. I mean I thought I’m a traditionalist. I’m older than most people in the audience. I kind of like tradition and it’s always been a man and a woman. And I’m thinking I don’t quite get it. But as time has gone on, I think like a lot of people on this issue have really changed their thinking here to I don’t ever want to stand in front of anybody’s happiness. That’s not my job.

Want more LGBT videos in your newsfeed? Click HERE and LIKE our page on Facebook. Select “get notifications” in pulldown menu to receive our headlines in your feed.