GOP presidential hopeful Mike Huckabee is reported to be considering laws to prosecute “those who would attempt to extort” or “who committed a crime against a person because they didn’t accept homosexual marriage” for hate crimes.

Huckabee’s plans are dependent on his winning the 2016 election which is highly unlikely.

On Tuesday, he released a three-point plan to sign “religious liberty” executive orders to protect “traditional” marriage, prosecute as hate crimes any attacks on the right of religious people to discriminate against LGBT people, and direct the Secretary of Defense to ‘support’ military chaplains and “not force them to participate in ceremonies they find objectionable on religious grounds.”

Speaking to radio host Steve Deace, Huckabee later defended his plan, stating that “there [would] be no allowance for people to have their businesses shut down and that those who would attempt to extort from them or anyone who committed a crime against a person because they didn’t accept homosexual marriage could be prosecuted for a hate crime.”

For good measure, he added that Justices Elena Kagan and Ruth Bader Ginsburg “should have recused themselves” from the SCOTUS decision on same-sex marriage because they “both had officiated at same-sex marriage ceremonies.” 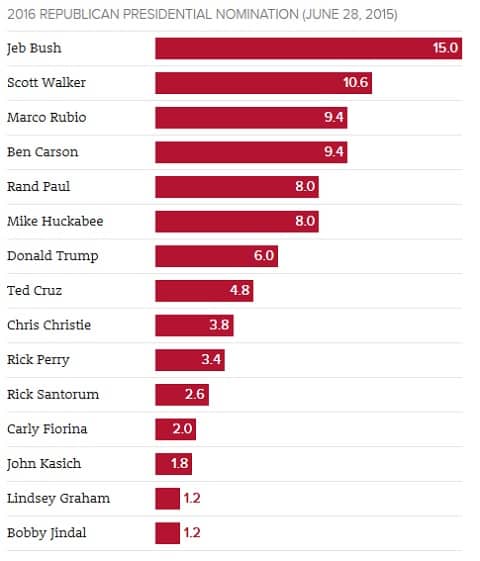 Listen to Huckabee’s hateful comments below: