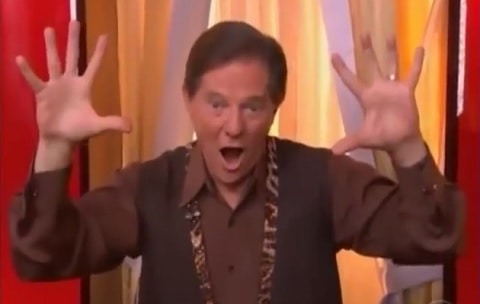 Just when you thought these people couldn’t get any more offensive – or ridiculous, Tom DeLay has announced that there is a “secret memo” from the Justice Department that aims to legalize “12 new perversions” including sex with animals and “having sex with little boys,” reports Right Wing Watch.

For good measure, DeLay added that gays are out for some Christian blood.

“We’ve already found a secret memo coming out of the Justice Department.

“They’re now going to go after 12 new perversions, things like bestiality, polygamy, having sex with little boys and making that legal. Not only that, but they have a whole list of strategies to go after the churches, the pastors, and any businesses that tries to assert their religious liberty. This is coming and it’s coming like a tidal wave.”

Malzberg bizarrely concluded the interview by saying “nothing would surprise me.”

Watch a May discussion with Malzberg in which DeLay compares the fight for LGBT rights with Islamic extremists “forcing someone’s belief down [the throats of] other people”, below: