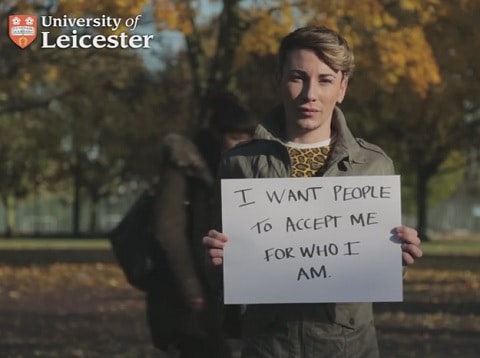 A new study has found that LGBT people are not reporting hate crimes because they happen so frequently, reports Attitude.

According to the report by the Centre for Hate Studies (CHS) at the University of Leicester, England and the Equality and Human Rights Commission (EHRC), 88 percent of respondents reported that they had been a victim of a hate crime. It also demonstrated that people in rural areas were more likely to suffer hate crimes.

“There were many instances in which LGB and T people were being targeted by young people within their area. It would often start with young people shouting derogatory names and then escalate to where victims’ houses were being vandalized.

“Victims were often fearful about reporting these forms of hate crime in case it made the situation worse. It is these everyday experiences that are incredibly difficult to deal with – the drip, drip effect.

“The impact is huge, not only from this research but from our previous studies, we know that it has a significant emotional, physical health impact on people where they are scared to go out. They are scared to reveal that aspect of their identity.”

“It is a tragedy that there is still a backdrop of intolerance and abuse which stays largely unreported and hidden from society.

“We are a country with proud traditions of tolerance and respect but we must not let important progress in areas such as same-sex marriage mask the acute and continuing challenges that still remain.

“Researchers in today’s report were told of victims fear of not being taken seriously, how they were scared of being ‘outed’ and suspicion and distrust of the authorities.

“We must all redouble our efforts, and work together to give LGB and T communities a stronger voice and put an end to the hatred that is a blight on modern society.”

Watch a video on the harmful effects of hate posted by the University of Leicester, below: