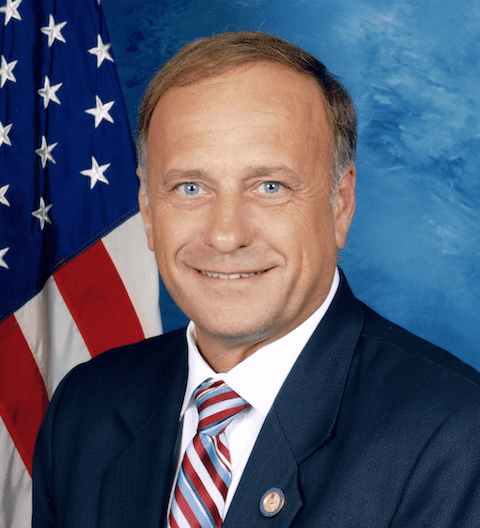 This isn’t the first time King has shared his affinity for his man-on-machine gay marriage ideals. Earlier this month,  King brought up the topic while touring rural Iowa:

I had a strong, Christian lawyer tell me yesterday that, under this decision that he has read, what it brings about is: It only requires one human being in this relationship—that you could marry your your lawnmower with this decision. I think he’s right.

Rep. King is the latest conservative politician to offer rather unique opinions on gay marriage and gay unions; King’s conservative compatriot Rep. Louie Gohmert (R-Texas) issued similar comments suggesting a study that involves trapping gays on an island would show that nature will determine what is the “preferred marriage.”

Previous Post: « Anti-gay Kentucky County Clerk Likens Herself to an Anti-War ‘Conscientious Objector’
Next Post: What Does the Trans Community Think of Caitlyn Jenner’s New Reality Series ‘I Am Cait’? – VIDEO REVIEW »