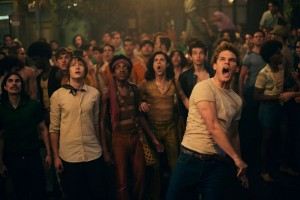 Outspoken AIDS activist Larry Kramer is joining the chorus of voices speaking out against efforts to boycott the upcoming film Stonewall over its perceived white and cis-washing of the watershed gay rights event. 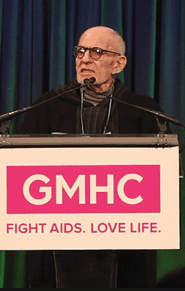 don’t listen to the crazies. for some reason there is a group of “activists” that insists on maintaining their prime importance and participation during this riot. unfortunately there seems no one left alive to say “it wasnt that way at all”, or “who are or where the fuck were you.” as with so much history there is no way to “prove” a lot of stuff, which allows artists such as yourself (and me I might add) to take essences and attempt to find and convey meaning and truth. i sincerely hope this boycott your film shit peters out. we are not dealing with another “Cruising” here. keeping your film from being seen is only hurting ourselves. good luck and thank you for your passion. larry kramer

Previous Post: « George Takei Once Asked Gene Roddenberry Why Star Trek Wasn’t More Gay-Inclusive. His Answer May Surprise You
Next Post: Boxers vs Briefs: The Men of Hollywood Drop Their Shorts and Spill – WATCH »