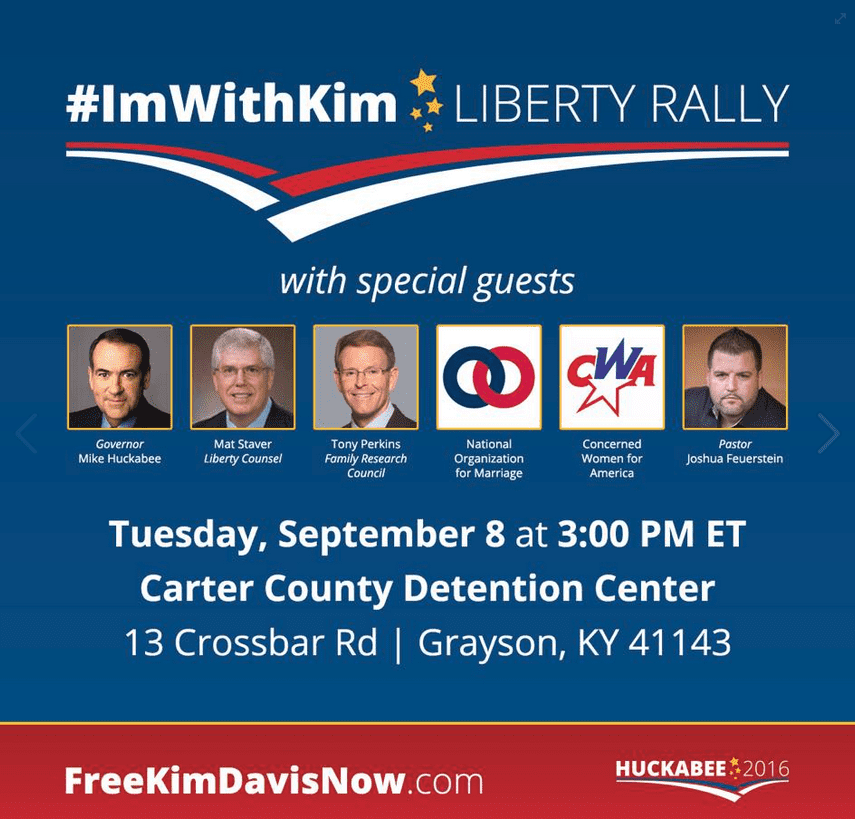 An assorted group of anti-gay bigots from the “Worst People in the World” collection are joining forces in support of lawless, thrice-divorced Kentucky clerk Kim Davis.

A rally spearheaded by Mike Huckabee will take place next Tuesday outside the Carter County Detention Center where Davis is being held. Huckabee is also expected to visit Davis in jail that day.

Featured guests at the hate rally include:

Huckabee has also snatched up the FreeKimDavisNow.com URL and redirected it to his campaign site (FreeKimDavis.com redirects to the Human Rights Campaign however)

Previous Post: « Gay Iconography: Mariah Carey Got Us Feelin’ Emotions
Next Post: Love Has a Dark Side in Tense Trailer for Dramatic Thriller ‘Queen of Carthage’ – WATCH »