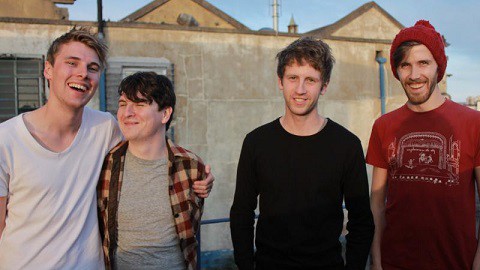 This week in new music, Irish act Girl Band (above) unleash an indie noise debut that thankfully lives up to the hype, The World is a Beautiful Place & I Am No Longer Afraid To Die single-handedly rehabilitate EMO, Alabama Shakes front-woman Brittany Howard shakes off the shackles of youth and Natasha Khan of Bat For Lashes fame takes on Thai and Iranian 70s psychedelic rock.

With few but apparently mind blowing live dates and the frankly magnificent why they hide the bodies under my garage, the stakes and expectations for the album were high and – sigh of relief – it’s a doozie.

With obvious influences from the likes of The Velvet Underground and The Fall, the album is perhaps best described as contemporary Danish punk act iceage with a sense of humor.

Have a listen to cracking album track Pears for Lunch and witness the mind-bending video for why they hide the bodies under my garage below. 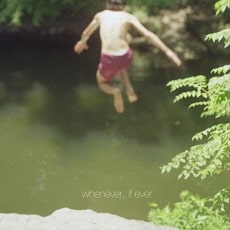 If a band or song title can sum up a genre, Connecticut act The World Is A Beautiful Place & I Am No Longer Afraid To Die takes first prize.

Just like legendary act Felt’s All the People I Like Are Those That Are Dead summed up 90s sad-boy indie pop, The World Is A Beautiful Place… suggest by their name that they wear on their sorry sleeves the collective angst of an EMO generation.

If the very idea of EMO makes you want to puke, please look away now.

Although Harmlessness retains many of the sweeping and overwrought elements of the genre that reviled a generation, the album also adds what can only be called a poppier bent at times reminiscent of Canadian act Stars.

Generally avoiding the often aimless penchant for sprawling epics popular with EMO acts, the album favors bursts of sound some as short as two minutes. With little room to stray from structure, the band have come up with a collection that takes the best of EMO and distills it into something possibly palatable to everyone else. Certainly, the album goes a long way towards reviving the genre even though the closing track “Mount Hum” – the closest to an epic here – is the standout.

Grandiose and bombastic nostalgia for boys of a certain age afraid to let go. 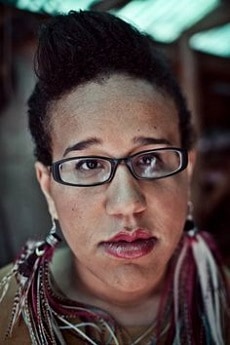 Perhaps just like The World Is A Beautiful Place & I Am No Longer Afraid To Die, Brittany Howard of Alabama Shakes may be attempting to use her solo project name to make a statement, in this case to shake off the blues rock restraints with a huge slap in your expectant face.

Does it work? Hell yes.

Soaked in classic 50s rock ‘n roll and 70s glam, with song titles like “I Just Wanna Rock n Roll” and “My Baby Is My Guitar,” the self-titled debut is pure “fuck you” madness.

It’s not going to change the world but it marks the beginning of something new for Howard. Perhaps she intends to be the new Joan Jett and if that’s the case, fair play and all the best. 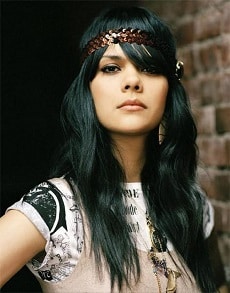 Natasha Khan is best known as Bat For Lashes. Coming to a sort of prominence in 2006 with debut album Fur and Gold, Khan created an overblown artistic sound often compared to Kate Bush that was later appropriated by Florence + the Machine.

If that sounds horrendous I understand. Who asked for a psych rock revival, in the name of god? However, Khan and her collaborators give these tracks – admittedly none of which I’ve heard of, coming mostly as they do from places like Iran and Thailand – a contemporary world music feel occasionally accented by sprawling guitars and a manic howl the likes of which you haven’t heard since The Dreaming by Kate Bush.