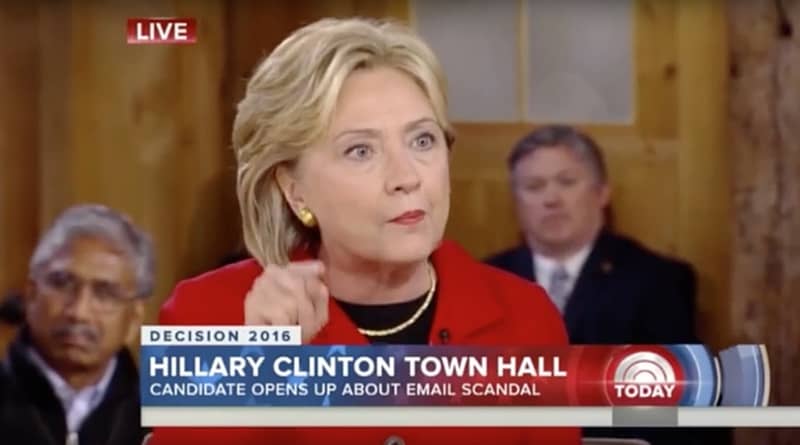 Hillary Clinton is fed up with the Benghazi talk and let it rip in an interview today with TODAY show’s Savannah Guthrie.

Asked Guthrie: “If the tables were turned and it was Dick Cheney or Karl Rove who had a private email account and a private server on which they conducted all their government business, would you be as understanding?”

“Look at the situation they chose to exploit, to go after me for political reasons: the death of four Americans in Benghazi. I knew the ambassador. I identified him. I asked him to go there. I asked the president to nominate him. There have been seven investigations…”

“This committee was set up, as they have admitted, for the purpose of making a partisan, political issue out of the deaths of four Americans. I would have never done that! And if I were president — and there were Republicans or Democrats who were thinking about that — I would have done everything to shut it down.”

RELATED: Rachel Maddow on Kevin McCarthy, Benghazi, and the Terrifying Thought of Him as Speaker: WATCH