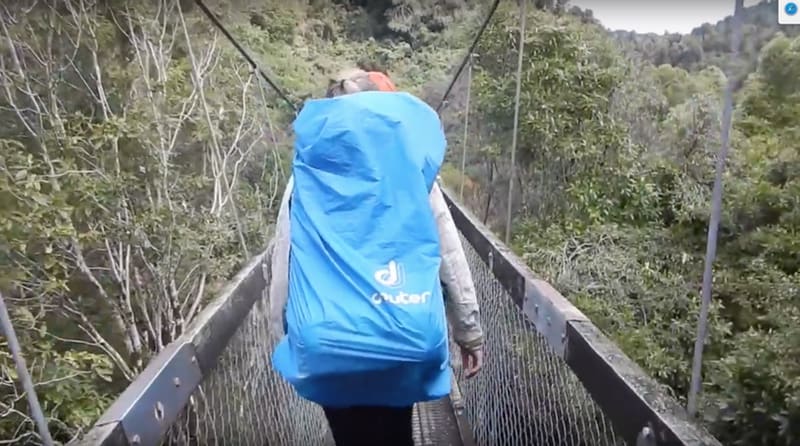 Four hikers in New Zealand were finishing a four-day walk around Lake Waikaremoana when they plunged 8.5 meters into a river after the suspension bridge they were walking on snapped. The incident was captured on a GoPro camera one of the hikers was wearing.

A fifth hiker was close enough to the land when the bridge snapped that he was able to make it back quickly. All of the hikers survived the fall, one of them explains in an article.

He also explains that the land management was ceded a year ago to the native Tuhoe Maori tribe and that the infrastructure likely suffered as a result of the change in ownership.

Watch (not for folks with gephyrophobia):

Previous Post: « The Queer Charms of Hamburg, Germany: 5 Picks for the Gay Traveler
Next Post: Tips for Coming Out as Gay from The Rhodes Bros and Raymond Braun: WATCH »