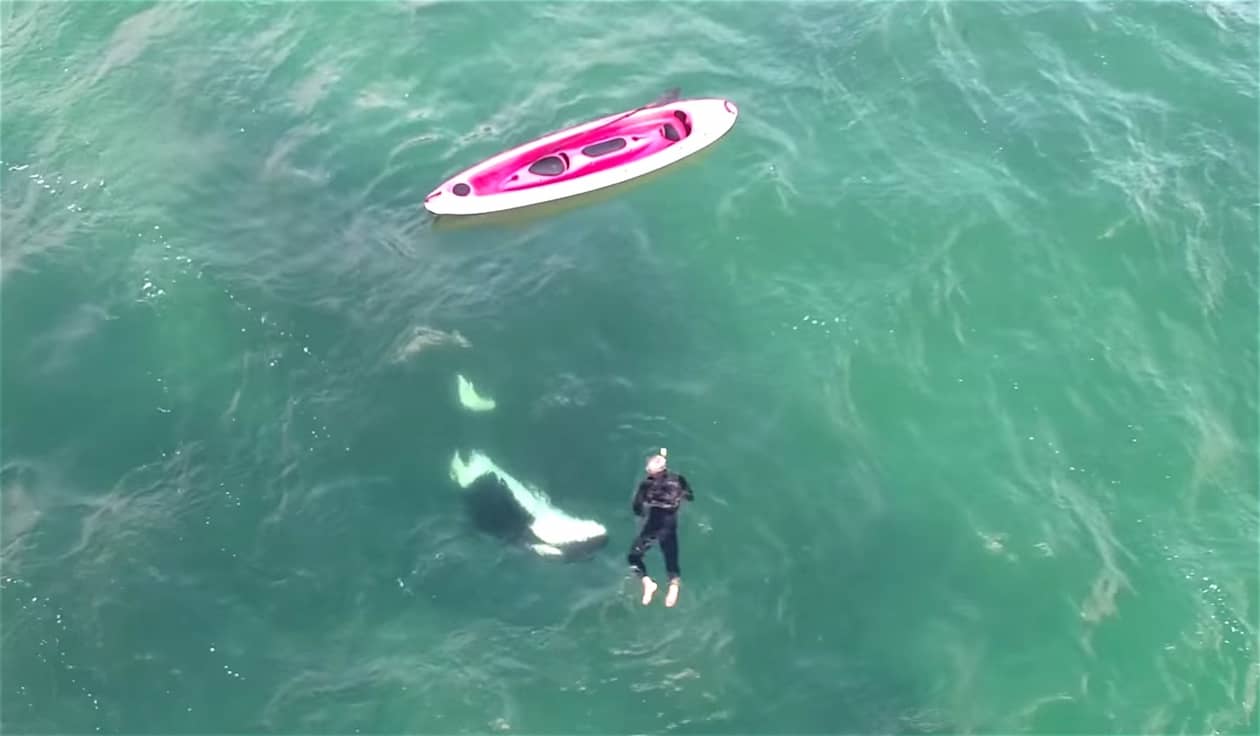 A New Zealand kayaker just did something most would consider crazy (also very illegal) and jumped into the water to swim with an orca. Several others were nearby. The swim was captured by an overhead drone in Army Bay near Auckland on Monday.

Tim Stewart, 57, told the New Zealand Herald that he was comfortable having been in the water and had similar encounters with dolphins.

“I wasn’t [scared] at the start. But when that other one – he was at my feet – and I went down under the water and I turned around and faced him, he had his mouth open! I turned back around to hop up to see where the kayak was going – towards the rocks. As I kept looking behind me, all I could see were his teeth on the end of my feet. I thought: ‘He just wants to play, but I hope he doesn’t drag me down for a play.'”

Stewart said he didn’t stumble upon the whales by chance – he had heard there was a pod nearby. The drone video was shot by photographer Sam Kynman-Colewho had also heard the orcas were in the area and had gone out to film them.

Under NZ Marine Mammal Regulations, the penalty for swimming within 100m of a whale is $10,000.

Check out the spectacular footage:

Previous Post: « Gay Equestrian Rider Lee Pearson Chosen as Flagbearer for Team GB at Paralympics
Next Post: At 50, a Gay Man Recalls the Vicious Hate Crime That Put Him on the Cover of Newsweek »