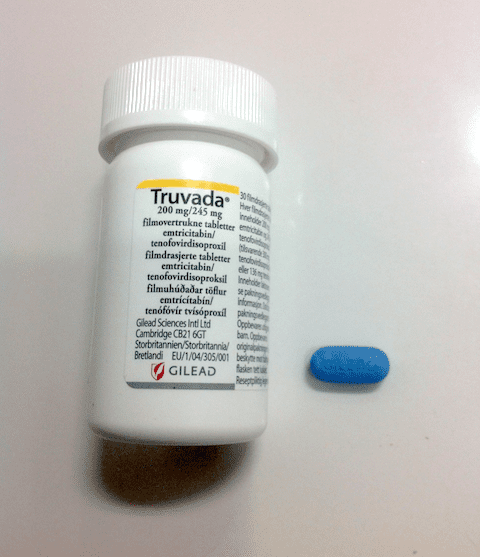 The Center for Disease Control and Prevention reported troubling news on Tuesday that sexually transmitted infection rates skyrocketed over the last year, particularly among gay and bisexual men. Read the report HERE. 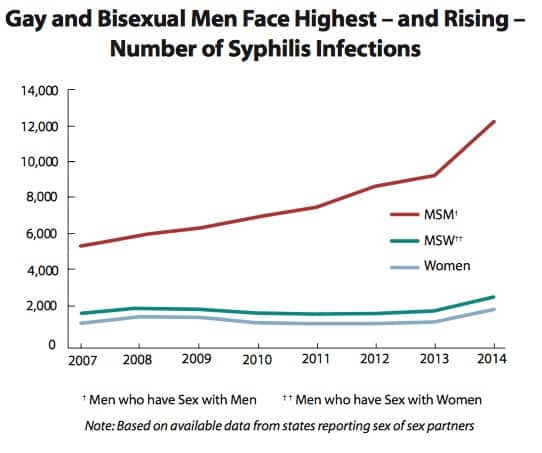 Trend data show rates of syphilis are increasing at an alarming rate (15.1 percent in 2014). While rates have increased among both men and women, men account for more than 90 percent of all primary and secondary syphilis cases. Men who have sex with men (MSM)* account for 83 percent of male cases where the sex of the sex partner is known. Primary and secondary syphilis are the most infectious stages of the disease, and if not adequately treated, can lead to long-term infection which can cause visual impairment and stroke. Syphilis infection can also place a person at increased risk for acquiring or transmitting HIV infection. Available surveillance data indicate that an average of half of MSM who have syphilis are also infected with HIV.

Slate’s Mark Joseph Stern wonders if PrEP is at fault:

What’s going on here? One obvious explanation could be the rise of PrEP (or Truvada), a daily pill, which, all available data indicate, fully protects against HIV infection. Early studies of PrEP showed no evidence that those who took the drug would stop using condoms. But recent surveys suggest that at least some PrEP users do indeed use condoms less regularly once they’re on the pill. Most notably, a fairly small-scale study in San Francisco found a 30 percent instance in STIs among PrEP users after six months—which rose to a 50 percent after one year.* Just as troublingly, 41 percent of subjects admitted to using condoms less frequently while on PrEP.

The San Francisco study was too small to prove that PrEP is closely correlated to decreased condom use. But combined with the new CDC report, its findings should set off alarm bells.

The CDC warned that although treatments for most STIs are readily available, many STI strains are becoming antibiotic resistant, including gonorrhea.

Although PrEP may be the culprit behind the wave of new STI infections, health groups including the World Health Organization are strongly urging men who have sex with men to get on the pill regimen but warn that the pill must be used with condoms to effectively prevent most STI infections.