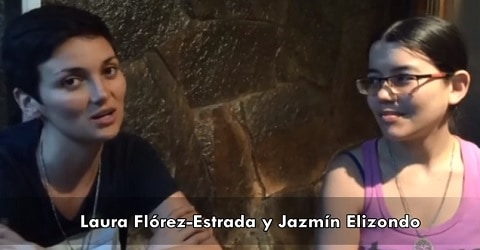 Jazmin Elizondo (24) and Laura Florez-Estrada (28) were able to bypass Costa Rica’s ban on same-sex marriage because Elizondo’s birth certificate lists her as male due to a clerical error.

Arguing that no law has been broken, he told Costa Rica’s La Nación that he “legally married a man and a woman.”

However, Luis Bolanos, the director of Costa Rica’s Civil Registry, has since issued Elizondo with a new birth certificate, nullified the union and referred the case to prosecutors.

The AFP reports Bolanos as saying “we believe that these people were aware that a marriage between people of the same sex warrants a complaint, that parts of the Criminal Code might have been broken.”

Castillo, who knew there was a risk of charges being filed following the marriage, said “it is fundamentally about civil disobedience” because “public discussion favors a climate in favor of same-sex marriage.”

Watch an interview with Elizondo and Florez-Estrada below (no English translation available).