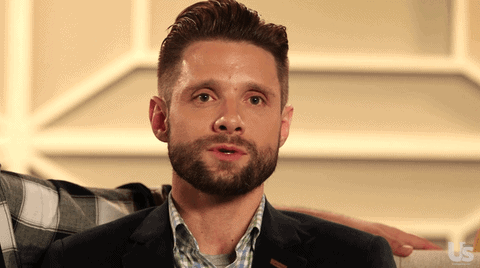 In an open letter published in The Hollywood Reporter, out gay former child star Danny Pintauro, who earlier this year revealed that he is HIV positive, shared his response to Charlie Sheen’s own HIV reveal yesterday on the TODAY show.

Pintauro told THR that he believes, “HIV is the new closet.”

I have said numerous times in the last two months that HIV is the new closet. What I have not said is that I do not believe the media can handle this closet the same way they handled the gay closet. In other words, I think it is completely unethical for anyone to release this actor’s name without his consent, and I think they have already crossed the line by simply listing his ex-girlfriends.

We are talking about a medical condition. Yes, it’s a sexually transmitted disease, but it’s still a medical condition. Any media outlet that has ever released that a major celebrity has cancer or any other life-threatening illness before that celebrity did has received major backlash for it. Why should this be any different? Outing someone’s HIV status without their consent is not good journalism. 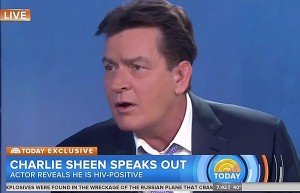 During his interview with TODAY, Sheen said that he decided to come out as HIV positive in part because of the frenzy of media reports about him. Said Sheen, “I have to put a stop to this onslaught, this barrage of attacks and sub-truths and very harmful and mercurial stories that threaten the health of so many others that couldn’t be farther from the truth.”

Of the impact of Sheen’s HIV reveal, Pintauro says,

I do think that [Sheen’s] coming out will be very beneficial for the HIV movement and will help curb stigma. I also think it will help reach groups of people who are less inclined to relate to my story. But it has to be on his terms — no good will come of this if it’s handled otherwise.

Pintauro also reiterated his commitment to helping others who are HIV positive reveal their status:

Meanwhile, we’re sure Candace Cameron Bure is wondering if Charlie Sheen takes responsibility for his actions.

Previous Post: « Brace Yourself For The Latest Victim On ‘Scream Queens’ [RECAP]
Next Post: Man Exposes Himself, Shouts Anti-Gay Slurs on London Underground »