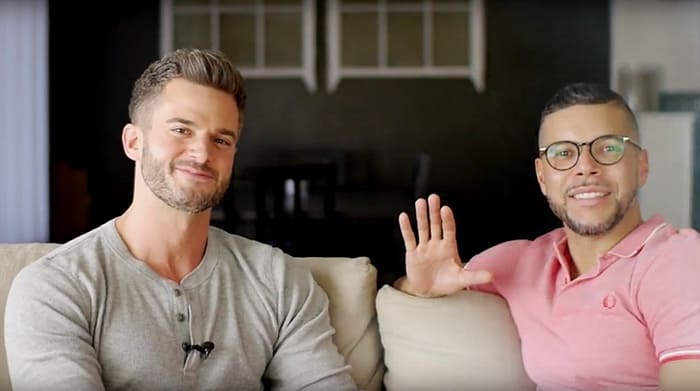 In a video posted in September called ‘I’m White, Gay, and Racist”, psychotherapist Matthew Dempsey explained that while he understood what it felt like to be discriminated against and treated as ‘the other’ because he is gay, that experience didn’t mean he was free of racist tendencies that were instilled in him by society.

Said Dempsey in that video:

“As a white person, I’m going to be having certain racist beliefs because I grew up in a racist society. And it’s only when I’m able to call that out, and just own it and be honest about it, that then helps me manage that so much better so that I can then quell any kind of tendencies of discriminating.”

This week, he sits down with actor and activist Wilson Cruz to discuss the topic with regard to gay men who say they prefer one race over another with regard to a partner.

“Even though people are saying they prefer a redhead, or a ginger or somebody with dark hair or somebody with blond hair that doesn’t necessarily mean that they wouldn’t actually consider them, as opposed to when we say ‘I’m only attracted to white guys.’ The problem with that is you’re dismissing a whole group of people based on that race. We’ve been socialized to believe and assume that whiteness is more beautiful than blackness. My thing is, why are we continuing to perpetuate that and continuing to allow ourselves to believe that?”