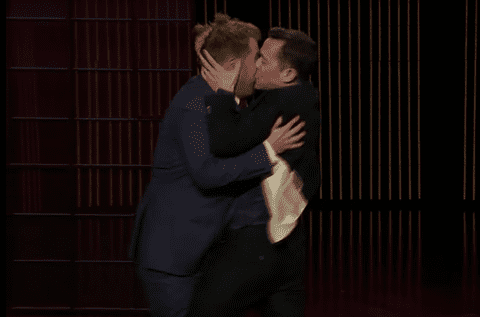 At the open of the show, Corden cut to JGL in his dressing room waiting for James with some mistletoe in tow. However, Gordon-Levitt was disappointed that Corden was not actually there in the flesh to greet him: “Hey James, I thought you were coming to my door…that’s too bad, it’s kind of the Holiday season [gestures to mistletoe]…they told me you were coming to knock on my door…How about I just come to you right now?”

Joseph Gordon-Levitt then rushed to the main stage where Corden was and planted a big, aggressive kiss on Corden.

Corden could not even. 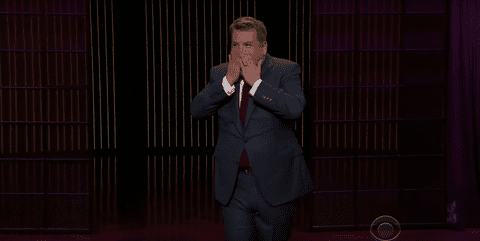 “I don’t even know how to carry on,” Corden said.

Things continued to get queer when Corden cut to fellow guest Bryan Cranston in his dressing room, who shooed out a very attractive woman, a sexy man… 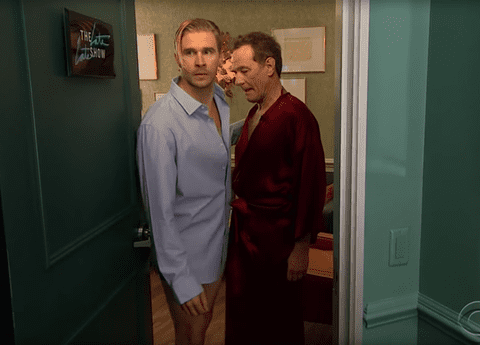 Previous Post: « Dallas LGBT Activists Protest Outside Police Station In Wake Of Anti-Gay Attacks – VIDEO
Next Post: Who Is Fancy, Meghan Trainor and Ariana Grande Lust After a Ripped Pool Boy in ‘Boys Like You’ Music Video – WATCH »