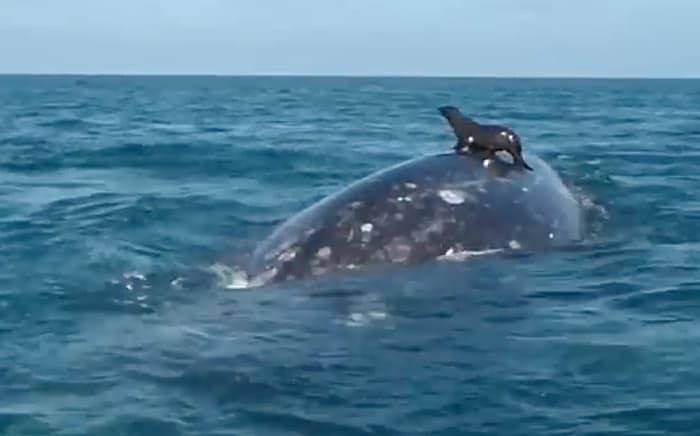 Back in September a photo of a seal riding a whale went viral.

Now there’s video of a new seal riding another whale. This one was reportedly captured on a whale watching trip off Baja California.

The previous whale-riding seal was captured off the coast of Eden, Australia, so apparently this is not just a localized thing.

Previous Post: « Justin Bieber and Alan Carr Have a ’50 Shades of Grey’ Moment: WATCH
Next Post: Man Who Fell From Cruise Ship Did So After Anti-Gay Taunts from Crew, Lawyer Says »