Two Air France flights bound for Paris from Los Angeles and Washington D.C. were diverted and made emergency landings in Salt Lake City and Halifax, Nova Scotia, respectively, after the planes were targeted by bomb threats. 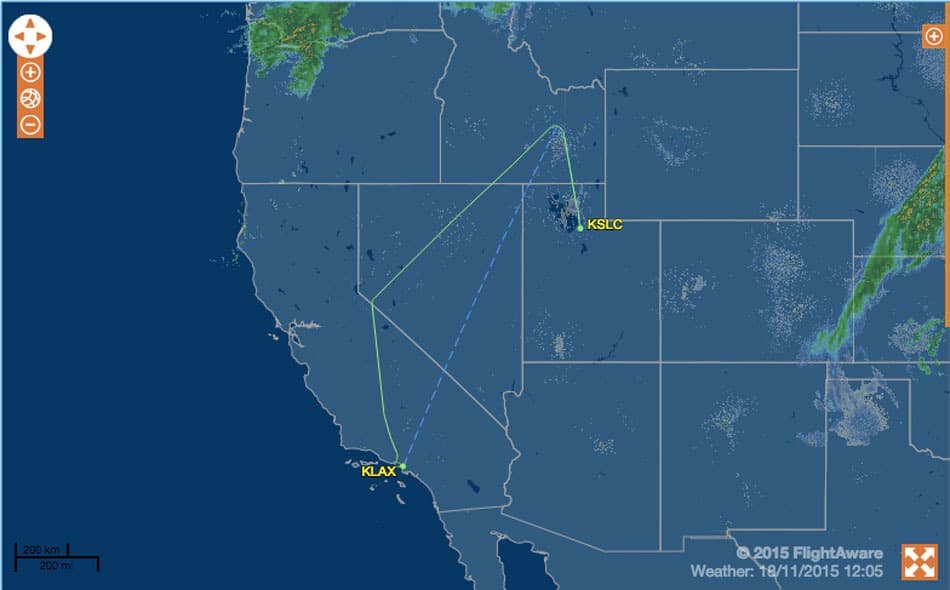 Air France 055 has diverted & landed safely at 1015pm with 298 pax & crew on board. Pax are being transported to secure part of terminal.

The NYT reported that the planes were being investigated for explosives:

The threat was called in after the flights had already taken off, the airline said. Todd Palmer, an F.B.I. spokesman in Salt Lake City, said in an email that several law enforcement agencies had responded to the airport there and were investigating the threat. Mr. Palmer said he had no additional information. In Halifax, the matter had been turned over to the Royal Canadian Mounted Police. Mark Skinner, a spokesman for the police, said the force received a bomb threat against Air France Flight 55. He said he was not aware of the details of the threat or its source.

Both planes were eventually cleared.

Aboard the plane from Los Angeles were two YouTube stars, Ricky Dillon and 17-year-old Trevor Moran, who came out as gay to his 989,000 followers in October. They were headed to Paris to shoot a music video together, but decided to turn back to L.A.

This is what it looked like right when we did the emergency landing and got off the plane, so many police cars pic.twitter.com/UfGSeeNtWI

“Thanks for the concerned tweets, Trevor and I are both fine. If you don’t know what happened – long story short. For over a month now we had our music video to our duet planned out. The video shoot was taking place in Paris (this was planned out all before the recent tragic events) and it took weeks and weeks of preparation and involved numerous crew members and so much equipment in France that we already rented and booked.”

Moran tweeted as the situation unfolded:

We just emergency landed and there's cops everywhere what the fuck

What is going on please tell me 😞😡😡😡 @Delta @DeltaAssist @airfrance