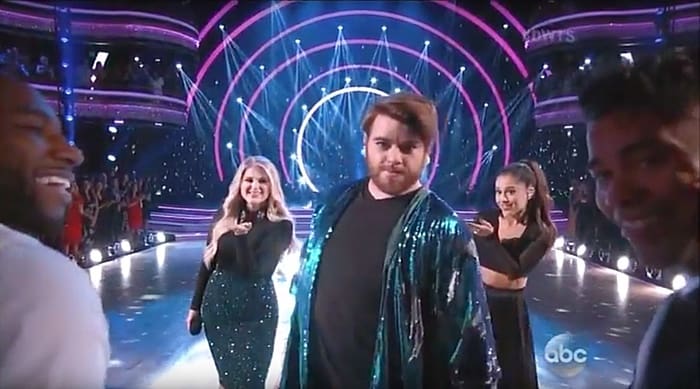 Who is Fancy, Meghan Trainor, and Ariana Grande brought their pop collaboration “Boys Like This” to Dancing with the Stars and while controversy erupted last week over the performance because of a request (turned down) to allow two men to dance together, they certainly didn’t totally de-gay the performance, which brought enough man-on-man suspender tugging and shimmering caftan that it was probably the most overtly queer thing this audience has seen in a while.

RELATED: Who Is Fancy, Meghan Trainor and Ariana Grande Lust After a Ripped Pool Boy in ‘Boys Like You’ Music Video

What they did offer was the “near dancing” (wherein two men could dance close to each other but not actually with each other) that was reportedly offered up as an alternative to actual dancing together. Lame.