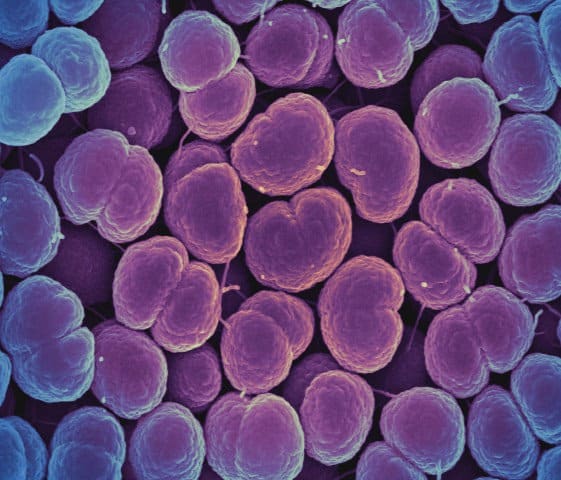 England’s chief medical officer is warning that a new drug resistant strain of ‘super-gonorrhea’ could become untreatable due to doctors not prescribing the proper antibiotics to fight the STI.

Dame Sally Davies has written to all GPs and pharmacies to ensure they are prescribing the correct drugs after the rise of a highly drug-resistant strain of the infection.

The warning comes after a national public health alert was triggered in September by an outbreak of highly drug-resistant gonorrhoea in the north of England.

“Gonorrhoea is at risk of becoming an untreatable disease due to the continuing emergence of antimicrobial resistance,” Davies writes.

“Gonorrhoea has rapidly acquired resistance to new antibiotics, leaving few alternatives to the current recommendations. It is therefore extremely important that suboptimal treatment does not occur.” The letter is also signed by the chief pharmaceutical officer, Dr Keith Ridge.

All 16 cases in the September outbreak of ‘Super-Gonorrhea’ in Leeds involved heterosexual partners. Ars Technica reports that after that outbreak, “health experts were concerned that some patients may not be getting both drugs”[azithromycin and ceftriaxone]” to treat gonorrhea and only receiving the azithromycin.

That fear was backed up by new research, as The Guardian points out:

Research published this year suggested that some GPs are prescribing antibiotics that no longer work for people with gonorrhoea, raising the chances that drug-resistant forms will spread.

The study led by PHE, published in the journal BMJ Open, found that many GPs were still giving their patients ciprofloxacin, even though it has not been recommended for treatment since 2005.

In 2007 ciprofloxacin was on 42% of prescriptions for gonorrhoea, and even as recently as 2011 it was still prescribed in one in five cases.

Previous Post: « Kim Davis’ New Year’s Prediction: ‘I’m Just the First of What’s Going To Be Very Many’ – WATCH
Next Post: James Blunt Would Like to be Considered ‘an Honorary Gay Man’ »