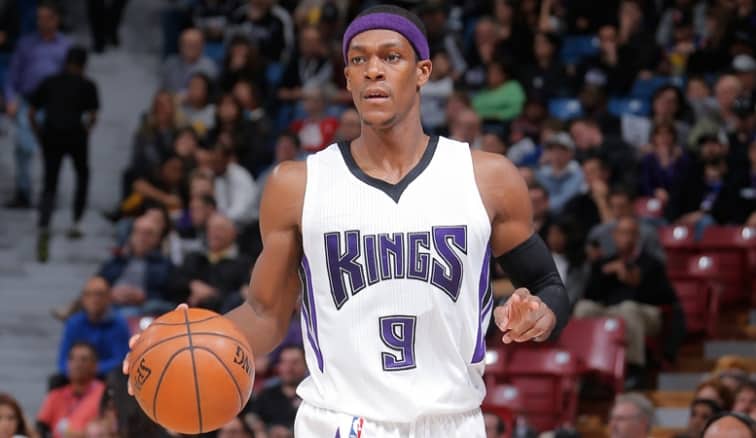 In a statement released by the Sacramento Kings on Tuesday, guard Rajon Rondo apologized for calling gay NBA referee Bill Kennedy a “motherf–king faggot” during a game on December 3.

“Yesterday, I said that my words toward Bill Kennedy were unacceptable and did not reflect my feelings toward the LGBT community. Some have interpreted my comments as a non-apology. I want to be clear, from the bottom of my heart that I am truly sorry for what I said to Bill. There is no place on or off the court for language that disrespects anyone’s sexual orientation. That is not who I am or what I believe and I will strive every day to be a better person.”

Kennedy publicly came out as gay in the wake of Rondo’s anti-gay tirade, which happened during a match in Mexico City last week between the Kings and the Boston Celtics. Rondo called Kennedy a “faggot” twice after Kennedy ejected him from the game. Rondo refused to leave the court after the ejection (a violation of League protocol) and proceeded to stalk Kennedy. The NBA suspended Rondo after reviewing the incident.

Rondo initially defended his use of a gay slur in his confrontation with Kennedy. Rondo wrote on Twitter, “My actions during the game were out of frustration and emotion, period!”

In Rondo’s subsequent apology, he claims he had already labeled his “words toward Billy Kennedy” as “unacceptable.” But that simply isn’t true, as an examination of his tweets bears out.

My actions during the game were out of frustration and emotion, period!

They absolutely do not reflect my feelings toward the LGBT community. I did not mean to offend or disrespect anyone.

The most Rondo said in those tweets (his only official comment on his verbal attack on Kennedy preceding the statement released by the Kings) was that his words “do not reflect [his] feelings toward the LGBT community.” Nowhere did he state that those words were “unacceptable.”

USA Today reporter Sam Amick also pointed out that Rondo’s initial non-apology bore a striking resemblance to one issued by Kobe Bryant in 2011 following his use of a gay slur.

Another question for Rondo: why his explanation looks strangely similar to Kobe's in 2011 https://t.co/sG9UsOOAoR pic.twitter.com/pXzPBCuVOH

RELATED: NBA Referee Bill Kennedy Comes Out as Gay After Being Called a ‘Motherf–king Faggot’ by Ejected Player: VIDEO

The NBA gave Rondo a one-game suspension without pay for “directing a derogatory and offensive term toward a game official and not leaving the court in a timely manner upon his ejection,” according to league vice president Kiki Vandeweghe.

Vlade Divac, the Kings’ vice president and general manager, and Vivek Ranadive, the team’s owner and chairman, also made statements Monday, apologizing for Rondo’s comment and saying the organization didn’t condone the behavior.

“On behalf of the team,” Ranadive’s statement read, “I apologize to Bill Kennedy for any harm this may have caused.”

Watch a video of ESPN discussing Rondo’s use of hate speech, below: