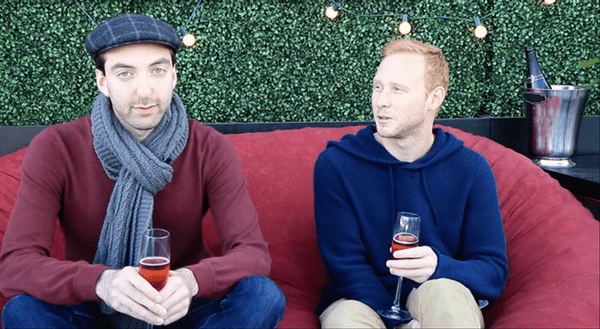 We previously told you about videos in which straight men ask gay men anything and a follow-up video in which those gay men get to turn the tables on their straight counterparts and grill them. A third video now sees gay men and women ask bisexuals questions they’re (apparently) itching to ask.

A lot of harmful stereotypes get regurgitated here — “Is bisexuality even a real thing?”, “Do you ever think that you’re just being selfish?”, “Do you think that bisexual people have more threesomes than the average person does?” — but there are some insightful moments as well that illuminate some of the stigma bisexual men and women face. Says one guy, “I had a girl a little while back say that she liked me but wouldn’t be interested in doing anything with me because I had been with a guy before.”

Previous Post: « Ohio Man Will Serve Only 30 Days in Jail for Anti-Gay Threats Against Columbus Gym
Next Post: The U.S Men’s Gymnastics Team is the Hottest Shirtless Squad Ever – LOOK »