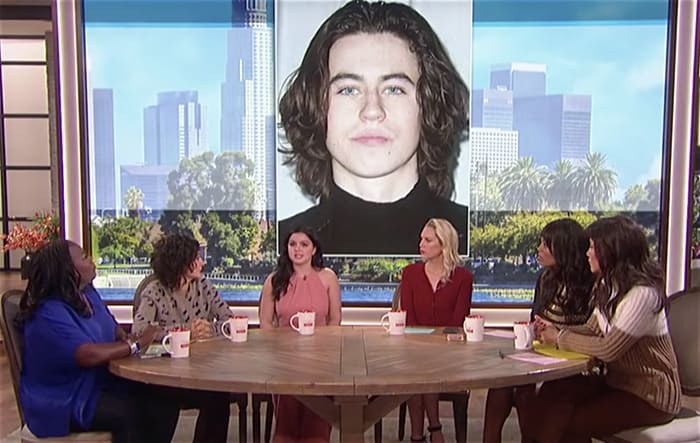 Grier — with 12.4 million Vine followers, 5.25 million Twitter followers and 4.6 million Youtube subscribers — made headlines in 2014 when a Vine he had deleted in which he used a homophobic slur resurfaced.

On Tuesday, Winter appeared on The Talk, where Julie Chen pointed out, “you are a big role model to a lot of young girls out there and that’s something you take very seriously.”

Then she asked, “Why did you feel the need to do that? Call him out.”

“There are so many people that look up to him – young boys, young girls – that love his Vines….I think it’s so irresponsible and also completely ignorant of him to be posting things that he knows nothing about and hurtful things that in this time…young people are trying to like reverse all that stuff so we can live in a better world…his words really harm so many people…Be a role model, not somebody against the change.”

#FavNashVid that one time when he was just super homophobic and ignorant? #whydoyouhavefans

Previous Post: « Matt Dallas and Blue Hamilton Share Their Adorable Coming Out Stories: WATCH
Next Post: AHF Not Backing Down from Claim That PrEP is a ‘Party Drug’ – WATCH »